Hi Readers — Here’s my dzbtsnszik
piece in the Huffington Post about yet another moral panic: hordes of hookers descending on the Super Bowl.

For insight, I interviewed Maggie McNeill, who blogs at The Honest Cortesan and wrote this terrific piece for Reason on the same topic. Here’s what she told me:

…unlike trade shows, big sporting events are actually not good for the prostitution business. “With trade shows, you definitely have an increase,” says McNeill, speaking by phone from the rural home where now she lives, happily married and writing full-time. “We liked to see trade shows, because this meant men traveling alone and they’re kind of partying a little bit. But with sporting events, you usually have a decrease in business because: 1) A lot of guys take their families and 2) A lot of the guys who don’t take their families are very young and they’ve used up all their cash getting a hotel room.”

Having been a madam in New Orleans during the 2002 Super Bowl, McNeill can attest, “We didn’t see any increase in business.” (The strip clubs, she says, did.)

So, why would a hooker waste time and money hoofing it to a one-weekend event where the prospects are dim, the rooms overpriced and the police on the prowl?

While we’re on the topic, here’s ANOTHER great piece, The Super Bowl and Sex Trafficking, that ran in yesterday’s NY Times.  It’s by Kate Mogulescu who founded the Trafficking Victims Advocacy Project at the Legal Aid Society, so clearly she has no interest in downplaying the problem of trafficking. She just has a problem with the media distorting it. And also with the crazy idea that to “help” trafficking victims we arrest them!

As media distortion and moral panics are a constant theme here, it is my delight to present these un-distorters to you. – L. 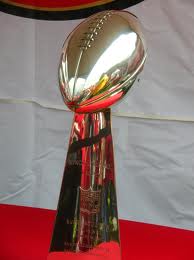 And the trophy for Super Bowl panic goes to…