When szaddzfkrs
does it make sense for the cops to stop kids and make sure they’re safe? A  mom in Maine writes:

Dear Free-Range Kids: My daughter, 9, wanted to hang out with a friend of hers that lives about 2 miles away.  Because neither set of parents could take them, the decided to walk to the middle and then come back here.  Seems like a good way to get some exercise, doesn’t it? Well her friend was stopped TWICE by police in the less than a mile it took her to meet up with my daughter!

Are you KIDDING ME???  There was NOTHING wrong!!  They just wanted to check that she wasn’t a runaway.

Because, you know, all the kids walking on their own MUST be runaways because that’s just how it is, right???

Come to think of it, this same thing happened to my own son last year, here in NYC, when he was 15.  He was at the bus station early one weekend morning, eating breakfast before taking the bus to go snowboarding. He had his snowboard WITH HIM and yet the cops took him into the precinct and then called us, to make sure he wasn’t running (snowboarding?) away.

Anyway, I asked the Maine mom for more details:

We live in a fantastically safe neighborhood in a very small university town where, supposedly, families are encouraged to walk and bike everywhere.  There are sidewalks and bike lanes everywhere. Our town playground is behind the police station, for crying out loud!!Anyway, children are allowed to walk to school unaccompanied starting in grade 3.  Whether or not you think this is reasonable, the child in question was in grade 4, Google pedometer puts our two houses 1.52 miles apart.  She lives on one side of the central part of town and we live on the other.  The girls wanted to meet in town and walk back to our house.  It was broad daylight, about 40 degrees.

Child A (9) began walking towards town while my daughter (also 9) did the same thing from this side.  Apparently concerned that my daughter would be faster, Child A began jogging along on the sidewalk.  Police see this child (who *gasp* didn’t have a hat on) and stopped her to ask if she was okay and if her parents knew where she was.  She said yes to both questions. They asked her if she knew where she lived (which she did–shocking).  The officer let her keep walking.

Apparently, at this point, he went to her house and knocked on the door.  Nobody answered because her stepdad was in the shower and her mother was out on a run.  This officer, thinking nobody was home, called another officer who rushed back to Child A and stopped her again.  This officer asked her the same questions and held her until he was able to contact her stepdad who confirmed that yes, he did know where she was and no, she was not running away.  Oh, and also, yes, he was aware she didn’t have a hat on, but that he had figured she had a hood on her coat and it wasn’t really that cold (that, and she’s 9…she can figure these things out).  Finally, Child A was allowed to meet up with my daughter and they walked back here without further incident.

Her mom and stepdad were over for dinner and her mom said, “On one hand I’m glad I live in a town that is so safe that the police have nothing more to do than pull over my child for not wearing a hat, but on the other hand…WOW.  My child was walking on the sidewalk, in the daylight, happy as a clam.  What gives??”I can hear all the “Yes, they were just checking…” and “Aren’t you glad they stopped to help?”  and I think maybe they are right?  Shouldn’t I be happy I have such cautious police officers?  I mean, they aren’t mean and nasty.  But I feel like it is always one step too far.  – A Mom in Maine

Were the cops wrong to stop this girl? I’m not completely sure about the first time, but I am positive they did not need to “corroborate” her story by going to her home. It’s as if they were checking out an alibi…BUT THERE WAS NO CRIME.

We cannot keep treating unsupervised children as if they are either runaways or the products of neglect. Kids deserve their freedom. “Walking While Young” is not a crime. – L 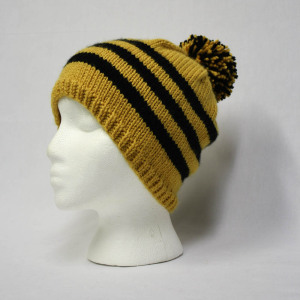 The cop asked the dad: “Do you know your daughter was out walking WITHOUT A HAT?”

“Anyone Who Can’t Live without Caffeine for 9 Months Doesn’t Deserve a Baby”
The Parents in Children’s Classics Would Be Arrested Today (Looking at You, Beezus and Ramona’s Mom!)

71 Responses to A Girl Walking Down the Street — and the Cops. Twice.