May 30, 2017
This fbshkrykhb
cascade of emails between a Free-Range dad and his more helicopter ex-wife is difficult to read. But over the years, many readers have written to me about the same kind of issue, so perhaps there’s some comfort in realizing this is not uncommon. I have changed the names.

.
Dear Free-Range Kids:  I am a divorced father of 4 children (all adopted) 13, 12, 10 and 8.  My oldest is Sam,  seventh grader in a small Midwestern town.  Fairly active kid running cross country and track, singing in the show choir, Pokemon club, has his own Ipad.  Watches his younger sisters on occasion for me when I may be gone with one or more of them for an hour or two.  Pretty responsible.
.
We’ve been talking about him riding his bike to school about a mile away through mostly commercial neighborhoods.  I have him and his 3 sisters roughly half the time and live in a house I purchased about 50 yards away from the house his mother lives in.
.
He mentioned it to his mom who he said told him that if he was “hurt or killed riding his bike to school, I will take your father to court and sue him for everything he has.” I immediately called her and as her phone was ringing thought I should dial my emotion back.  When she answered I said, “I think Sam should be able to ride his bike to school”  Her response was that if I let him ride his bike to school she would “never let me hear the end of it.”  I hung up.  I guess maybe that was my way of hearing the end of it.
.
Not so fast.  The following are emails I received over the course of the next 4-5 days.  I never messaged her regarding anything more about the bike riding.  The end result was that the day I had him to send to school on May 12 was a day that he had track practice at a sister school across town and he was unable to ride his bike that day.
.
I am still intending to let him ride his bike to school the next opportunity. Sam is 6 months from getting his learner’s permit.  I get a sense from his mother that she would prefer to keep him as a little boy as it increases what she sees as her own self value.
.
Frank
.

Here’s a letter (just one — I couldn’t bear to read or run them all) Frank’s wife wrote about him letting their son ride his bike:

.
Frank: It sounds like you will be giving Sam permission to ride his bike to school on Friday, May 12 and any morning going forward that Sam is in your parental care.
.
I asked Sam to show me the route that he would take to go to school and then return home. I road behind Sam, observed and and I also took notes.
.
The school is 1.2 miles northwest of my house and your house. I have attached a map and marked the route that Sam took tonight. It took him 20 minutes to travel each way.
.
To School:
30% of the route that Sam took (he told me that you helped him select this route last weekend) did not have sidewalks. At 31st Street, Sam stopped at the stop sign and crossed over X Avenue ( a rather busy thoroughfare). Sam chose not to use the cross walk that has a light, located two blocks east at X Ave and 26th St. This would have stopped all traffic on X Ave and allowed him to safely cross.
.
Next, we took the sidewalk and then went through a parking lot (behind the dentist office) to head towards Pine Pkwy. This parkway is similar to a frontage road. The first half of  Pine Parkway has no sidewalks, then sidewalks begin near the Health Services building, which Sam opted not to use and instead just stayed in the street as cars drove past us. Eventually Sam got on a sidewalk at the pet shop  corner. Then Sam stopped at the light, where there is a crosswalk. Sam pushed a crosswalk button that was to cross over Williams Blvd.
.
However, Sam kept looking at the crosswalk for Alison Street (KFC corner). We waited and waited as Sam kept pushing all of the buttons (as cars are coming and going left turning and right turning) until the crosswalk to go over Alison St turned white. We crossed over with our bikes. Then Sam pushed another crosswalk button and it turned white, and we road our bikes over Williams Blvd.
.
…

The letter goes on forensically like this for every inch of the ride. It is so icy and detailed and LONG, it makes my organs shrivel. And it is this line that kills me most:

.
So Sam rides his bikes through a very crowded parking lot of cars (whom I fear could back up on Sam at any moment – being only 4’6 and 64 pounds)….
.

The son, like the dad, is trying to make the mom see the light of rationality:

.
When we arrived back home. Sam says, “See mom, I did not get killed this time, so I should be good the next time I ride my bike to school.”
.
I have told Sam that I still do not agree with him riding his bike to school, especially now that I have ridden the route that he took and saw how and where he crosses the streets in an unsafe manner.
.
I have told Sam that I will not allow him to ride the bike that I gave him last year for his birthday, since I do not approve of this. I believe that Sam still has the older/smaller yellow bike at your house. Sam will not be allowed to ride his bike to or from school when he is at my home. We have both driven Sam to and from school since August 2015, I see no reason for us to not continue to do so.
.
If you decide to allow Sam to ride to school, given all of the errors and dangers described above,  please let me know the night before or on the morning before he leaves. I want Sam to call me when he arrives to school. I will also notify the principal and let her know about Sam possibly riding his bike to school without both parental consents.
.
I feel that if you allow Sam to ride his bike to school on these dangerous routes, that this is child neglect and endangerment. This is failure to exercise reasonable supervision of your child.
.

How terrible I feel for anyone going through divorce. The thing I suggested the dad remember is that (as explained in “The Righteous Mind,” by Jon Haidt), we make gut decisions in nanoseconds, then spend pages and pages “justifying” our irrational response to anything, in this case, a bike ride.
.
Unfortunately, since her fear and rage and bound together tighter than a double helix of divorce DNA, I don’t see any way to change this wife’s mind with arguments and sense. But, I told the dad, you ARE allowed to give your children a normal amount of freedom that children have had since the dawn of time, especially in this era, the safest in human history. (Here are the reassuring “crime stats” on my site).
.
And while nothing rational will convince the ex, it’s possible that seeing her son, day in and day out, as a growing, maturing, blossoming young man may do the trick. As much as we are hardwired to protect our kids (and perhaps torment our ex spouses), we are also hardwired to be proud of our children as they grow up and more and more competent.
.
And to any of you going through divorce, I wish you much luck. – L 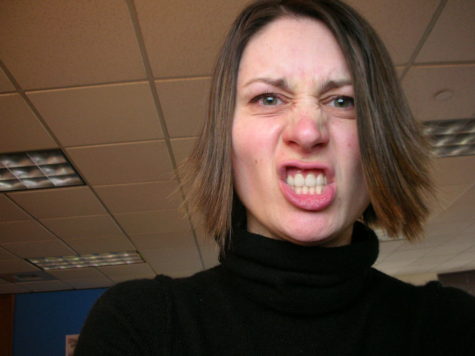 How dare you make any decision about our children, ever???

A Mom Traveling With Kids — And the Older Lady Who Put Her 2 Cents In
UNITED AIRLINES: Stop Infantilizing Teens (And Maybe Win a Few Public Relations Points)