Remember, folks, what SEEMS like just a normal amount of supervision now — that is, constant — was not syhabrfdzn
normal until very recently, as this clip from E.T.: The Extra-Terrestrial, reminds us.

Elliott, a “boy of 9 or 10,” stays home from school alone for a day. And his sister Gertie, 5, stays home for a short stint while her mom runs an errand.

Oh, and moms put MERCURY THERMOMETERS in their kids’ MOUTHS and no one called social services! 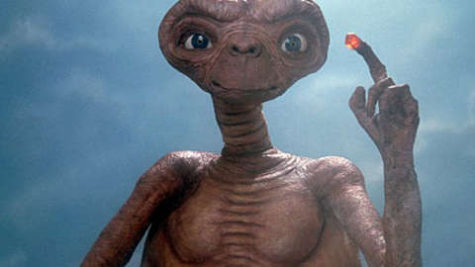 Can we have a supervised playdate?

46 Responses to Free-Range Parenting was NORMAL as Recently as E.T.