March 6, 2016
.
How dersryiyfd
about we all take this pledge:
.
“The next time I see a child who seems upset, I will not immediately assume I’m witnessing either an abduction or abuse. If I am  worried, I will watch a little longer, or politely inquire as to what’s going on. I will not dial 911 unless I see the child is in immediate, obvious and grave danger. Signed in non-hysteria, ______________”
.
Deal? So spread this pledge around. It was inspired by this note I just got from Austin:
.

Dear Free-Range Kids:
.
Someone just called the police on my 41 yo nanny who had the kids (3.5, 2, and 8 mo) at the empty park. They had been there for 2 hours after she bought the girls slushies at Sonic (with her own money). They were leaving the park and the 2 yo began screaming because she didn’t want to leave.
.
She was running a few feet behind her after the nanny pulled the classic, “Okay, we’ll see you later then.” She buckled the other kids into the car and as she was finishing up, 2 police cars pulled up behind the van and blocked her in.
.
At first she thought she accidentally parked in a handicapped spot. They said someone called because “There was a young girl crying at the park so she must have been abused.” My nanny said, “No, she’s a 2 year-old throwing a tantrum because she doesn’t want to leave. Man, a kid can’t throw a tantrum outside the house anymore without someone calling the police?”
.
They kept her there for 30 min (kids happy with slushies), ran her license and did a “mini background check.” Then they told her she needed to leave for a minute so they could talk to the kids and said, “Man, you have 3?” (as if THAT is any of their business).
.
They knew she was our nanny and had been with us over 2 years. No one called me or my husband. They asked my 3 year-old what happened and she said “Our nanny said it was time to leave the park and my sister didn’t want to leave the park and she [the little sister] got fresh with her.”
.
It is possible that my toddler just saved me from a CPS evaluation with her brutal honesty. Let’s hope!
.

Police apologized only after they talked the the kids. They reiterated several times that they “have to take these calls very seriously these days” and “were just doing their jobs.” I’m infuriated that neither my husband nor I were contacted.
.
The nanny said they used leading questions like, “Did someone hurt your sister or hit her? Is that why she’s crying?” Again, all become some invisible person heard a 2 yo screaming. It’s like calling animal control on someone because you hear a dog “barking like they’ve been abused.” Zero visual evidence at all…just a “hunch.” A hunch is enough these days to get 2 police officers. When a drunk driver ran into a parked car and then drove his car into our neighbor’s house last week, we only got one police officer. Go figure!
It ended with cop apologies and stickers for the kids (who had quite the story to share when they arrived home), but I am so glad I didn’t have a 16 year-old sitter who may not have handled it so well, or who would be afraid to take my kids out of the house going forward.

.
Gee thanks, “Good Samaritan,” whoever you are. You spent 5 times as long filing a police report as it would have taken you to look out the window and see a little girl who was enjoying the outdoors instead of being shut up in her safe, padded house. — Emily Porter, M.D. (Board-certified emergency physician and mandatory reporter so I know what REAL abuse is) 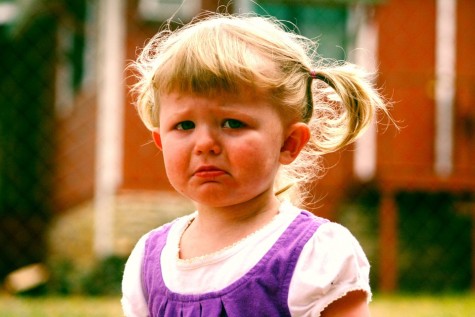 I hope the police put you in nanny jail! I want to stay at the park!

49 Responses to “Good Samaritan” Sees Girl, 2, Having Tantrum at Park, Calls Cops. They Grill Nanny Half an Hour.