Readers tddzahrryn
— Any kind of prejudice is distressing. The only thing possibly more distressing is prejudice that persists even in the face of  knowing better. (Boldface is mine.):

Dear Free-Range Kids: I recently had a strange conversation with a friend.  He and I  have known each other for nearly 25 years, we are both married (to other people ;-).  I have a son who is almost 13, he has a daughter who is 7.  I said, “Hey, you know, we four (meaning he and his wife, and me and my husband) could actually all go out together some evening because my son could very easily babysit your daughter!”  Frankly, it’s hardly babysitting.  She’s SEVEN.  Seven-year-olds don’t need a lot of “personal assistance,” they just need someone a little older to hang out with who would know what to do if there were an emergency.  I think the biggest problem would be that they stayed up past bedtime, ate too much snack food, and played too much Flappy Birds while we were out.

Now, he has known my son for a long time.  He knows what kind of kid he is.  However, my friend’s immediate reaction was: “Oh, no, we would never have a boy babysit our daughter.”

What?  Did I hear you right?

“No, my wife would never permit a boy to babysit our daughter.  It’s not safe.”

I know that he and his wife disagree on a lot of issues, so since he is a man, who was once a boy/tween/teen, I was really surprised that he was in lock-step with this bizarre assumption. What on earth?  What does he think my son is going to do to his daughter?  Is he implying that he thinks my son is a child molester?  Or that all “tween” boys are felons?

Is this typical, or just one family’s paranoia?  Have you addressed this issue before? (If so, send me the link to your blog post!)

Not sure whether to be bewildered or insulted, so sign me,  Bewildered/Insulted Mom

Dear B/IM: Well, I’d be insulted but not bewildered because we are living in a society beset by  worst-first thinking (thinking up the worst case scenario first, and proceeding as if it’s likely to happen), as well as predator panic. So here’s what I wrote about the male babysitter topic a while back. But really what I want to say is how extremely sorry I am that your friends are so blinded by fear they can’t even see what’s in front of them: your son. – L 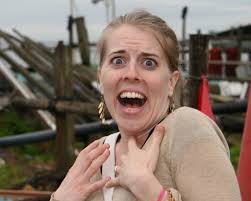 A Remote Control Brake for Your Kid’s Bike?
Kindergarten Cancels Its Show to Allow More Time For “College and Career” Prep

109 Responses to Is It Normal Not to Hire Boys as Babysitters?