An admittedly small study  in Great Britain has found that many kindergarten-age kids lack the kind of balance, motor skills and reflexes of kids even just six years ago. Reports The ehaerntnnb
Independent:

A “concerning” number of today’s four-year-olds are not physically ready to start school, new research has revealed, with children’s mobility levels said to be at an all-time low.

Early-years specialists monitoring children of school age found a higher number experience problems with their balance and coordination than previously thought, ultimately affecting their ability to learn in class. Researchers from the University of Loughborough said the increase was partly a result of modern children being less active in their early years compared with previous decades, with typical movements associated with play and development reduced by the introduction of electronic toys and screens.

Tests to assess Foundation Stage children’s physical development at the start of the first school year found almost a third to be “of concern” for lack of motor skills and reflexes. Almost 90 per cent of children demonstrated some degree of movement difficulty for their age.

Ironically, being able to use your body successfully makes kids more ready for exactly the kind of early and excessive schooling that may be creating the problem!

Dr Rebecca Duncombe, who led the study, said the lack of physical ability shown demonstrated that children are not as active as they should be in the beginning of their lives.

“A child’s physical development level impacts their ability to complete simple tasks such as sitting still, holding a pencil, putting on their shoes, and especially reading – all skills essential for school,” she said.

Are those skills really essential for four-year-olds? Sitting still???

You can read about the study here. It was of just 45 kids, so it’s not like this is definitive. But it is a great topic for research and the kind of thing Timbernook’s Angela Hanscom is so good at parsing.

Luckily, the solution to to problem is as obvious as it is simple: Let kids play. Give them time to frolic, stand back so they can take the basic risks all tots take, and don’t make them do the kinds of things they will have the rest of their lives to do (the thing I’m doing right now!): Sit still. Not yet. – L. 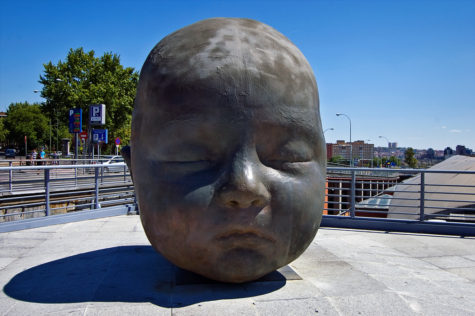 Our children are becoming immobile.

34 Responses to Kindergarteners Less Fit than Even 6 Years Ago