The infantilization of our kids goes hand in hand with the time-wastification of us parents. Here’s an example from, of all people, the American Cancer Society. Those folks should understand better than anyone that life is short! Don’t waste it on red tape!

My daughter is a capable, independent, and responsible 14 year-old.  She babysits.  She’s also empathetic and loves to volunteer. So when she volunteered for the Relay for Life for the American Cancer Society, I was pleased she was supporting a good cause.

But I never imagined that for her to volunteer, it would be so involved…for me.  To even register a team, each time slot (2+hours) is required to have one volunteer chaperone over age 25 per 5 students.  These kids are 14, 15, and 16!

Reluctantly I agreed to take a time slot.  Then I was told,  “You have to attend a mandatory meeting.”  So my teenager can volunteer and I can chaperone her and watch her walk around a track?

I didn’t go to the meeting.  I’m told it took over an hour and could have been summed up in an email (and it was over 30 minutes away!). If we need meetings for how to watch our children, age 14+, walk around a track, count me out.

We are doing something wrong when we require adult supervision and treat capable older teens like babies when they just want to raise money in memory of loved ones.  I think it’s time we raise our expectations for behavior.

So here’s some of what the “Chaperone Agreement” says:

The American Cancer Society’s Relay For Life requires one chaperone over the age of 21 for every five youth team members. (For this event, a youth is considered anyone under age 18.)

REALLY? A group of ten 17-year-olds need two adults to watch them?

Below that dictum there are another 14 requirements for these over-25-years-old chaperones, many of the rules reminding the adults to act like…adults. Do not discriminate. Do not use illegal drugs. Do not use obscene language.

The baseline assumption seems to be that without a signed agreement like this, the chaperones volunteering to watch a two-hour charity event were going to be drug-snorting, child-abusing, race-baiting a**holes.

The Society also admonishes the chaperones to conduct themselves “courteously in manner and language, exhibit good sportsmanship, serve as a positive role model and demonstrate reasonable conflict resolution skills.”

Mine are dwindling by the sentence. When we (or our lawyers) try to micromanage everyone’s behavior for “safety’s sake,” we can end up treating all the humans we encounter as drooling deviants. To which the drooling deviants may well reply: No thanks. (Drool, drool.) – L. 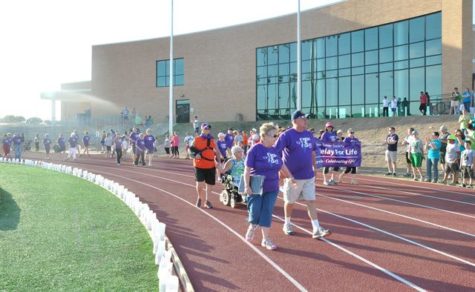 Dear Annie: Boys Age 7 Are Old Enough to Use the Men’s Room
Using “That’s Not Safe!” to Control Others

112 Responses to “Really, American Cancer Society? For My 14-Year-Old to Walk for Cancer she Needs an Adult Chaperone?”