Readers, the weekend has gotten away from me, so let me simply post this dhzysitdby
article from The Independent, reporting that a school has stopped teachers from blowing whistles at the end of recess because the “aggressive” noise could scare some children:

St Monica’s Catholic Primary School in Milton Keynes has said instead of using whistles at the end of playtime, staff must raise their hands to tell pupils when it’s time to stop.

The ban was revealed by Pamela Cunningham, a teaching assistant at the school. In a letter to Country Life magazine, she said she still keeps her hand-carved whistle in her pocket “just in case” the children don’t spot her hand in an emergency.

Alan Smithers, a professor at Buckingham University, has described the ban as “crazy”. He told The Sunday Times: “We have become extraordinarily oversensitive….”

Yes we have. In fact, we have become so sensitive that we are sensing pain and trauma that doesn’t even exist. As Emma Kenny, a shrink interviewed in The Daily Mail, pointed out:

‘From my many years of experience with children and working with primary schools, I am yet to find a child who is scared of a whistle.

‘I think we are underestimating children – we have forgotten how resilient they actually are.’

When it is considered virtuous to be the first to notice a potential “issue” and over-react, then over-react we will. In fact, I wrote a piece about this once called “Overreaction Nation” (which, strangely, has someone else’s byline on it at the moment. But it really is by me. I am trying not to over-react).

This over-reacting on behalf of people who are not nearly as fragile as the over-reacter assumes is not really sensitivity. It’s condescension toward a group or person, and self-congratulation of the part of the oh-so-evolved sensitivity senser.

Yes, let’s try to be attuned to other people. But that doesn’t mean kids can’t experience some less-than-yoga moments.

UPDATE: The school just issued a statement saying that it has not banned whistles. I guess the teaching assistant who wrote the original note about the ban was wrong. What’s interesting is that someone misconstrued a rule that seemed so completely believable in this “think of the children” age that it gained immediate currency. 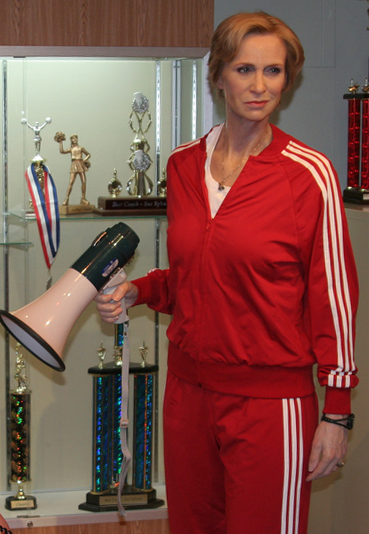 Okay, maybe THAT thing could be a little too loud.

30 Responses to UPDATE: School Bans Blowing Whistle to End Recess — Too Loud and Scary For Kids