Katherine Mangu-Ward, editor of Reason nthtdfbare
Magazine (where I am a contributor) interviewed the Fox Business Network host Kennedy. I’ve been on Kennedy’s show, she is fantastic and funny and Free-Range, but I never knew this had happened to her:

REASON: What keeps you awake at night? Obviously you have a chance to talk about that on your Fox Business show every day, but the bad news of today doesn’t necessarily reflect the kind of macro stuff that makes me either happy or unhappy about where we are in the world right now.

KENNEDY: My thing is slow-burning statist mission creep and seeing all forms of government move at a glacial pace towards the full extinction of our rights and civil liberties.

When my youngest daughter was 6 months old, we went to dinner at a neighbor’s house, and when we came back she was crying. She was with two good friends of ours who had a 5-month-old. One was a former cop and one was a former medic in the Army so we knew that the girls were well taken care of. But they had let her roll off the couch and she broke her clavicle. I didn’t know that because they didn’t tell me.

So I had to take her to the E.R. the next morning because she had been crying all night long. And the doctor looked at me with such disdain. He pinched her shoulder and realized that that’s where her injury was and they X-rayed her and realized that it was broken. And the doctor told me that they were going to X-ray every bone in her body and if any other bones were broken they were going to call a social worker, and they were going to take her from us and that it would be at least a month before we got her back. Fortunately none of her other bones were broken, but I realized how quickly and how easily, even though I had done nothing wrong, the state would not allow me to establish my innocence to keep my child if something else had, God forbid, been wrong. This is a child who had only been breastfed up to that point. The thought of them taking her away from us was beyond comprehension.

They called a social worker down to meet with us and then we went home, and about an hour later, [the Los Angeles Police Department] showed up at our door and wanted to inspect our house to make sure that we weren’t abusing our children. One of the worst feelings on Earth is being accused of something that you haven’t done wrong. And that is such a common thing for parents nowadays. The inability to establish your innocence and the presumption of guilt, especially with parents, is so overwhelming and so terrifying and so pervasive, whether it’s in the pediatrician’s office or at school.

I think that’s why free-range parenting resonates with me so much. Parenting styles for the last 15 to 20 years have really gravitated towards this hyper-controlling, authoritarian helicopter parenting which is doing such a great disservice, not only to families but to individualism as a whole in society. Some of the hardest things you can go through as a parent are interfacing with oppressive institutions, whether it’s school or law enforcement or the medical community or cliquish parents.

Read the rest of the interview here.

I am appalled that Kennedy had to go through that, and have heard several stories from the Family Defense Center in Chicago, where the kids WERE taken away. (See, for example, this story.)

That’s in addition to the hundreds of other parents and caregivers have even been thrown in prison for what sounds like an increasingly, well, shaky diagnosis, Shaken Baby Syndrome. (For a chilling documentary about this, I highly recommend The Syndrome.)

We all want safe kids. We all want abuse to stop. But when our culture’s first assumption is that any parent with a kid in any kind of distress is an abuser until proven otherwise, our kids are NOT safe. They are in grave danger from over-zealous authorities. – L 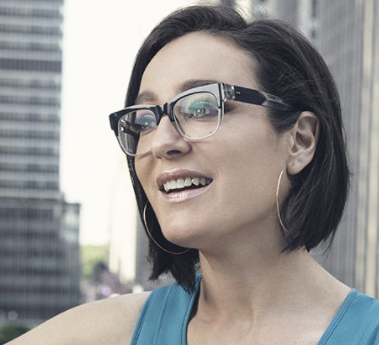 Her baby broke her clavicle. The doctor assumed it was abuse.

Dad Teaches his Kids to Ride the Bus. Then CPS Tells Him They Can’t Even Go Outside Alone till Age 10
A Predator Behind Every Tree