The front page of today’s New nedrtkanhy
York Times features the case against Zach Anderson, a case you read about here three weeks ago. Zach is the 19 year old who met a young woman, 17, on “Hot or Not,” had sex with her once and now sits in jail. When he gets out next week he will spend the rest of his life on the Sex Offender Registry, and the next five years forbidden to go online.

Because, it turns out, the girl lied and was actually 14. But really because our Sex Offender laws fail to distinguish between the child rapists it was created to slam, and anybody else who has sex before a certain age.

I wrote up Zach’s case because it is a great way to highlight how overboard the sex laws and registry are. As Julie Bosman of the Times reports:

As an Indiana resident, Mr. Anderson will most likely be listed on a sex offender registry for life, a sanction that requires him to be in regular contact with the authorities, to allow searches of his home every 90 days and to live far from schools, parks and other public places. His probation will also require him to stay off the Internet, though he needs it to study computer science.

Some advocates and legal authorities are holding up Mr. Anderson’s case as the latest example of the overreach of sex offender registries, which gained favor in the 1990s as a tool for monitoring pedophiles and other people who committed sexual crimes. In the decades since, the registries have grown in number and scope; the nearly 800,000 people on registries in the United States go beyond adults who have sexually assaulted other adults or minors. Also listed are people found guilty of lesser offenses that run the gamut from urinating publicly to swapping lewd texts.

The Times goes on to interview Brenda V. Jones, executive director of Reform Sex Offender Laws, who points out that even in cases when judges wish to grant leniency (the vindictive Dennis Wiley did not), the mandates of the registry are draconian. Worst of all could be the fact that the registry is public, ostensibly to alert us to the “fiends” in our midst.

But Zach is not a fiend. And one fourth of the people on the registry got on as minors…because minors have sex with other minors. That doesn’t make them predators. It makes them like most of us, people who have sex with people in our age bracket. And yet, we’re talking 200,000 young lives decimated — 200,000 dots on sex offender maps, scaring parents from ever sending their kids outside again. (That’s how I originally got interested in this issue. It’s hard to go Free-Range when we’re told our kids are in constant danger from the dots in the neighborhood.)

I would add that even the people who have committed heinous acts do not deserve to be on a public registry once they have served their time. Contrary to popular belief, sex offenders have the lowest recidivism rate of any criminals except for murderers. And yet we don’t have a public Drug Dealer Registry. A public Arsonist Registry. A public Assault Registry….

That’s because the public Sex Offender Registry is not about public safety. It’s about public shame. It’s about our obsession with predators and politicians pandering to it, with laws that studies show do not make kids any safer.

Zach is just one fish caught up in this net woven of fear, grandstanding, a media devoted to scaring us, and good old American ambivalence when it comes to sex: We love it as much as everyone else, but only allow ourselves to talk about it in terms of  danger and dysfunction. Movies, TV shows, talk shows, news shows and thrillers about predators allow us to contemplate sex non-stop by giving us the perfect excuse: We’re outraged!

That’s not enough justification for ruining so many lives. – L 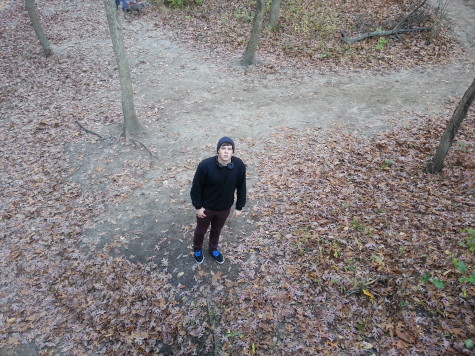 Zach Anderson, 19, cannot live near a school, park or day care center for the rest of his life, as he had sex, once, with  another teen he thought was his age, and therefore he constitutes a threat to children.

A Social Experiment with Kids and Strangers that Does NOT Involve Abduction Fantasies?
Are Helicoptered Kids More Depressed at College?