Maria Hasankolli, the iiritkyaty
Connecticut mom who was arrested after police found her son, 8, walking to school while she overslept, had her court appearance yesterday. Here is what she wrote:

So I just left court. I was informed that “risk of injury to a minor” (my charge) carries with it a ten year sentence, five thousand dollar fine, and five years probation. My case was continued to January 6th, 2016.

.
Thank you all for your support and words of encouragement. I’ll keep you informed as I go. Perhaps someone reading is struggling my struggle and will find comfort knowing they’re not alone.

She’d certainly be able to supervise her son a lot better from a jail cell till he’s 18, right?

Anyway, Maria is most certainly NOT alone. So many of us understand that this kind of interference from the authorities is based on the two corrosive beliefs of our time:

1 – That children are in danger every second of every day from everything and everyone, which means the moment they are unsupervised it’s as if they’ve been left to die.

2 – That if only the authorities could micromanage our lives, they could do a much better job of saving our kids from the constant danger they’re in.  (See above.)

Put those together and you get a society second guessing every parenting decision that isn’t “Keep them inside with  the A.C. on.”

Maria was not the only mom I heard from this week. There was also a mom in rural Utah who let her 8-year-old (with a cell phone) stay at McDonald’s watching his 2-year-old brother in the play area, while she dashed across the strip mall for a hair trim. She was back in 15 minutes. By then a cop was there and, as she told me over the phone, “He was talking about there being charges, and how DCFS was going to come to my house and file a report or something and do an investigation and all this stuff.”

She sounded beside herself.

Now I know this will elicit some cries of, “Eight is too young!” or, “That’s something I would never do!” Which is fine. You can feel that, and you can parent as you see fit. But I hope we can agree that escalating this into an actual “case” is beyond the pale.

Parents are the new criminals. – L. 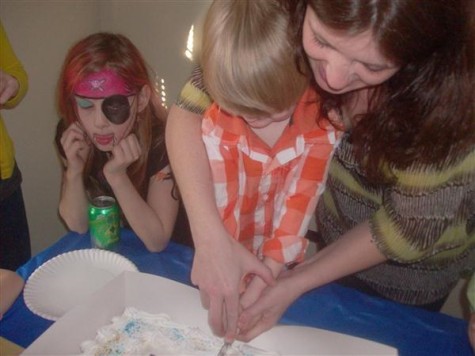 If I’m found guilty of putting you in danger (by oversleeping, one time), I can go to jail till your 18th birthday, son!