Michael yfdrediyab
Hynes is the superintendent of the Patchogue-Medford School District on Long Island. As he confesses in this short and inspiring video, he loved school as a kid but gradually grew to hate it, and it’s only thanks to his love of tennis that he didn’t drop out. In fact, he hated school so much that he became a teacher, then a principal, and at last a superintendent with the power to reform.

Hynes’ goal is redirecting schools away from test scores and toward the “whole child.” That might sound jargon-y, but it makes sense. Kids are not just brains with #2 pencils attached. They deserve an all-around education — a Physical, Emotional, Academic and Social education, or P.E.A.S. for short. As for the “P” part, he writes:

Most adults understand that a sedentary work day is far from ideal, and leads to
reduced output. Cutting edge corporations like Google design their work
campuses to include gymnasiums, swimming pools, volleyball courts, and
walking paths. Businesses provide gym memberships to their employees for use
during the workday. With more movement comes more focus, less boredom,
fewer absences, better attitudes, and more positive outlooks.

.
The trend in public school, though, has been the opposite. As the emphasis on
attaining high scores in math and ELA grows, the reaction has been to increase
classroom time, on the assumption that the more time spent on the subjects will
correlate with better performance. All too often, that extra classroom time is
pulled from recess time, or from physical education time.

He even quotes a mutual hero, Peter Gray:

Recess can no longer be thought of as a throw-away. In fact, recess is critical to
children’s healthy growth, and to their successful performance in
school. Children run, play, climb, swing – and smile. They connect with their
peers….According to Dr. Peter Gray from Boston College, the importance of play is crucial for children’s healthy
psychological development and ability to thrive in life, and yet it is woefully
underestimated by parents and educators. “In short, play is how children learn to
take control of their lives,” states Gray.

Hynes didn’t just mull this truth. He put it into the school day:

The Patchogue-Medford School District in New York last year increased recess
every day from 20 minutes to 40 minutes, along with incorporating a 40-minute
lunch for every child. Not only did attendance improve, but teachers and
administrators reported significantly fewer disciplinary issues in the classrooms.
In some of the elementary schools, the discipline referrals were reduced by over
half. And best of all, parents remarked that their children couldn’t wait to come to
school again.

Read about the rest of the P.E.A.S. agenda here. And let us know if you see any P.E.A.S. sprouting at your kids’ schools, too. – L. 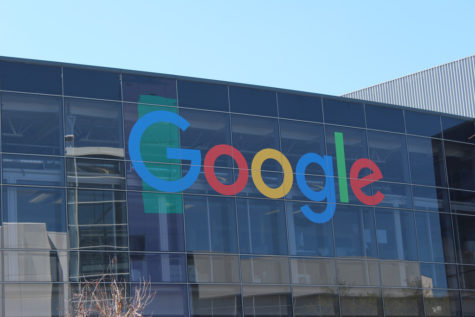 Close Encounters of the Sex-Trafficking-Abductors Kind
Teen Finds Wallet with $1500. Rings Bell of Owner — Who’s Too Afraid of Strangers to Open Door