Riveting thread riarktazze
on Reddit: “Children of Helicopter Parents: What was the worst or most embarrassing thing they put you through?” Particularly interesting is the idea that the parents described below are simply “overprotective.” They sound much more seriously ill than that. We live in a society that almost INSISTS we overprotect our kids, on pain of blame, shame and/or arrest. But the Reddit parents are not simply driving kids to playdates. They area obsessive in their fears and protections. So I’m not sure this thread makes any point other than that it is difficult to be the child of mentally ill parents. (And that we love to revile helicopter parents.)

When I went away to college, my parents would call me every day. I went away to a fraternity weekend retreat during my freshman year where us pledges weren’t supposed to bring our phones. I told my parents that I’m going away 3 days and not to call me.

On the day we were coming back, the guy driving us got a call. He then hands me his phone and tells me to call my parents.

It turns out, that when my parent couldn’t reach me for 3 days, they came to my college, and went around my dorm and half the campus asking everyone if they’ve seen their lost little boy. I was 18 at the time.

On top of that, since I was on their family cell phone plan, they looked up all the numbers I had recently called and texted. They proceeded to call everyone letting them know I’m “lost” and asking if they knew where I was. This included girls that I had crushes on but barely knew, random classmates, and mild acquaintances.

When I got back to my worried parents waiting for me at my dorm, I found my cell phone with a bunch of messages of people asking if I’m okay and letting me know my parents are looking for me.

For the next day, every 1 in 5 people I walked passed would ask me if I talked to my parents because they were looking for me.

My grandmother once did something similar to my dad. Except he wasn’t at a frat retreat, he was on a training exercise in the Air Force. When she couldn’t get ahold of him, she called the base commander’s office, then Washington DC. He got some crazy work detail (cleaning gum off the dumpster iirc) as punishment for his mom being nuts.

My cousin had an interesting freshman year experience. She was roomed with another girl with a helicopter mother… the mother slept in this tiny dorm room with the daughter and my cousin for several weeks until she could convince the RA to kick the mother out.

I didn’t go to any school dance. Or sports event. So yeah, no prom, nothing. I was not allowed to go to the mall by myself when I was 19 years old, my dad would follow me around. Like he’d walk about 5 feet behind me. When I was 20 I said I was going to get a cell phone and got into a big fight with my parents because they didn’t want me to have one. I had been working since 15 and was going to pay for it myself, etc. Couldn’t lock the door to my bedroom (or the bathroom), even in my early 20’s. Moving out was the best thing ever. I remember when I was 12 or so, my mom, little sister (7 at the time) and I went to Costco to do some shopping. My dad showed up dressed as a clown (he used to dress up for birthday parties), followed me and my little sister around honking his clown horn in our ears, yelling to all the guys that he was our dad.

He still shows up at my work and tells my coworker to tell me that my “daddy” is here to see me. I’m 31. I think the last time I called him “daddy” was when I was…7? 8? NOBODY calls him “daddy”.

Read many more here…if you can stand it. But remember: There’s a difference between protective (which we all are, some more than others) and ill. And to pretend that all helicopter parents are crazy is to ignore the fact that society HOUNDS us to be more extravagantly protective than our own parents were. Sometimes it even arrests those who are not. So it is society’s norms we must fight, not nervous parents. – L. 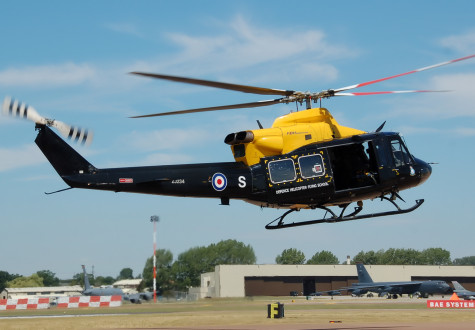 There’s a difference between helicopter parents and the mentally ill.

Hey Kids, Have a Happy Halloween! Just Be Aware that You Could Be Grabbed, Kidnapped, Thrown into a Trunk…
Sex Offenders on Halloween: The Really Scary Part

57 Responses to “What Was Your Worst Experience as the Child of Helicopter Parents?”