At Free-Range Kids, we fight daily against the idea that there is one “right” way to parent. We also fight the criminalization of normal, rational parenting choices, like the decision to let a kid wait in the car for a couple minutes, or play outside unsupervised. Let us remember that formula feeding,  too, is a choice that parents should be able to make without being shamed or, worse, punished.

So here’s a wonderful piece from the New York Times by University of Toronto Prof. Courtney Jung, making just those points. In “Overselling innzbifffn
Breast-Feeding” Jung writes as a mom who breastfed for “years” — not some kind of formula fanatic.

The one thing I’d add is that Texas A&M Prof. Joan Wolf‘s book “Is Breast Best?“, raises many of these same issues. Anyway, Jung’s article is really long, so I am highlighting just a few of her many points:

The benefits associated with breast-feeding just don’t seem to warrant the scrutiny and interventions surrounding American infant feeding practices. Just last month, a British study found that breast-feeding has no effect on I.Q. from toddlerhood through adolescence. And a meta-analysis of the research on breast-feeding done by the United States Agency for Healthcare Research and Quality in 2007 concludes that much of that research is weak: Some studies are too small, or they fail to control for confounding variables. The findings themselves are often inconclusive. One study will find evidence of an effect and another won’t — so we just don’t know which results to trust….

Breast-feeding has become an important marker of who we are and what we believe in. For some it signals a commitment to attachment parenting, for others it is an environmental issue, and for still others it is a protest against the predatory marketing practices of the big formula companies.

Recently, breast-feeding advocacy has begun to generate a backlash as some women, including some feminists, chafe against the message that women who don’t breast-feed are bad mothers….

In 2012, the surgeon general and the American Academy of Pediatrics identified breast-feeding as a public health issue. Although that designation doesn’t mean much, practically speaking, it was intended to make clear that breast-feeding is a civic responsibility and a matter of public interest, not just a personal choice. In so doing it portrays women who don’t breast-feed — who are more likely to be poor and African-American — not only as bad parents, but as irresponsible citizens.

Demographic differences in breast-feeding rates also justify government interventions that punish poor women who do not breast-feed. This isn’t just the unobtrusive little “nudge” in the right direction, designed to compel people to make better decisions. It’s more like a shove, with a kick for good measure.

Middle-class women primarily experience breast-feeding advocacy in the form of education campaigns and limits on their access to formula in hospitals. Poor women are vulnerable to more explicit coercion. The Special Supplemental Nutrition Program for Women, Infants and Children, known as WIC, which serves more than 50 percent of infants born in the United States every year, offers different benefits to breast-feeding and non-breast-feeding mothers and babies.

WOMEN who breast-feed are eligible for WIC for twice as long as women who do not breast-feed, and they get an “enhanced food package,” which includes vouchers for a wider range of more nutritious food. Unlike formula-fed babies, who are eligible only for infant cereal and fruit and vegetable-based baby food, breast-feeding babies also receive meat-based baby food, which is richer in iron. The difference in benefits is intended to create incentives for poor mothers to breast-feed, but withholding food from mothers at nutritional risk, and from their babies, seems more like punishment to me.

And that is just the problem. All too often, breast-feeding advocacy crosses the line from supporting a woman in her decision to breast-feed into compelling a woman to breast-feed. If breast-feeding is the measure of our moral worth, it isn’t long before the idea of a mother not breast-feeding her child summons the familiar tropes of bad parenting and irresponsible citizenship that we have long deployed against poor women and minorities.

Does all this mean that women should stop breast-feeding? No. If you want to, if it’s easy for you, if you are healthy, if your baby is thriving on breast milk, if it’s important to you, then by all means do it. If I had to do it all over again, I probably would. But it would be different. Even though I might breast-feed as a way to nourish my baby, I could no longer use it as a talisman to ward off evil and disease. It’s a perfectly good choice, but it’s not the only choice, and it may not always be the better choice….

A woman should breast-feed because she wants to, not because someone tells her she has to. 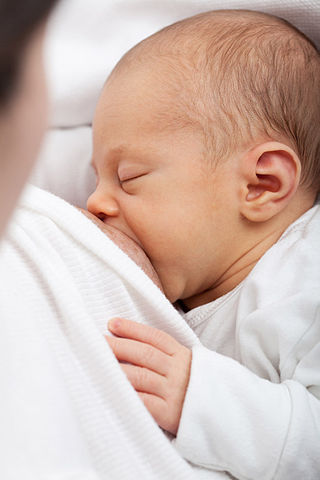 Thanks, mom! But of course, I would still bond with you and thrive, even if you gave me formula!

Zach Anderson, 19, Gets Lighter Sentence for Sex with Girl He Thought Was 17
Track or Treat! This Halloween, Treat Your Kid Like a Felon!