Readers bihzfafhay
— This letter has me shaking with every unpleasant emotion: Rage, frustration and, sorry to admit this, contempt. It is a perfect snapshot of the way excessive fear for kids coupled with authority can turn parenting into a defensive art, where we must FIGHT for our right to raise kids the way we believe is safe and good. It comes to us from a mom named Anna who lives with her boyfriend, 10-year-old daughter and two cats in Rockville, MD. – L.

Dear Free-Range Kids: There is something about school administrators that can make even the most accomplished adult feel 8 years old again. So when the person on the other end of the line said “Hello, this is Ms. X, the principal of your daughter’s elementary school,” my heart momentarily decided to go hide somewhere in the area of my kidneys.

It had been brought to her attention, the principal said, by some “concerned parents,” that my daughter had been riding the city bus to and from school. I said, yes, we had just moved outside of the neighborhood, and felt that this was the most convenient way for our 5th grader to get there and back. The principal asked was I not concerned for her safety? “Safety from what?” I inquired. “Kidnapping,” she said reluctantly. I said that I would not bore her by talking statistics that, being in the business of taking care of young children, she surely knew better than I did. She reminded me that our transfer application (a formality in cases such as ours, when the student has less than a year left to complete at their former school) has not yet been submitted, and that if we were “unable to provide transportation,” the central office would not approve this transfer. I assured her that we were perfectly able to provide transportation, but were choosing to avail ourselves of the city’s excellent public transportation system instead.

It is hard to summarize our long conversation without seeming flippant, but I actually managed to keep a friendly, even tone throughout. I understood her concerns. It made me happy that the other parents cared about the safety of my child. I thanked her profusely for recognizing that this was not a situation requiring an immediate call to Child Protective Services (CPS), as these parents were urging her to do.

As soon as we got off the phone (and my hands stopped shaking), I wrote the principal an email where I reiterated some of the above points and concluded by saying:

We did a lot of planning and preparation before we allowed L. to ride the bus. As a parent I feel that it is my job to advocate for her right to practice this new skill, for as long as she wants to do it and for as long as we her parents continue to feel it is safe.

Here is the principal’s complete response. The italics are mine:

Hi. I did follow up with central office. They said if you want to explore the bus option that they would have CPS determine whether or not they felt this was ok to do. They wanted to know how L. gets to the stop each morning and then how she gets home. Does she walk there on her own? Apparently, the Change of School Assignment office got in touch with a liaison who works with the school system and CPS and this is how they would like to move forward should you decide to not drive her. Do you want them to meet with you? This would not be a report regarding neglect or abuse but rather a confirmation or not that it is ok in the eyes of CPS.

In my response, I detailed how one of us usually walks L. to the bus stop and how someone is always home when she gets back. I resisted the temptation to mention that a 10-year-old is perfectly capable of walking three blocks and staying home alone for an hour after school and that in fact many of L. classmates who live within walking distance of school do both. I did tell the principal that if the meeting with CPS was necessary for central office to feel comfortable with this, we would be happy to meet with them.

It was raining hard the next day so I offered to drive L. to the bus stop. I thought she’d want to wait in the car with me, but she said, “It’s okay mom, you go work. I want to say hi to my friends.” “Your friends?” “Well, they are not my kid friends. They are just, you know, my people friends.” There was the Chinese lady, the lady with the baby who cried a lot (but it’s not his fault, he can’t help it), and the grandma who always got on at the next stop. In a few short weeks, my daughter had surrounded herself with a community of people who recognized her, who were happy to see her, and who surely would step in if someone tried to hurt her.

Three weeks later, I got another call from the principal. The transfer application was approved. However, the central office was still urging her to call CPS. And would I mind driving L. to school until she’s had a chance to make that call, tomorrow at the latest? I said okay. But when I did not hear back from the principal for three days I sent her another email. I informed her that my daughter would be going back to riding the bus. That I trusted that CPS has confirmed this to be a non-issue. And that if anyone else comes to her with concerns to please give them my number. Her quick response was that she hadn’t had a chance to call yet but will do so “today.” It has now been three days without a word from her or anyone else.

I do wish that this story had a more satisfying ending. I doubt that I’d be hearing from the CPS any time soon. On the other hand, I also doubt that the other parents, the majority of whom have never ridden a city bus themselves, will follow my lead. But I am going to continue mentioning how my daughter gets to school, every time I talk to them. And when they invariably get that twitchy look in their eye, I am going to tell them about “people friends.” Thank you for reading. — Anna

Thank you for remaining rational and strong in the face of fear and threat. – L 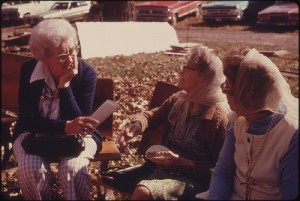 The girl made friends on the bus with people of different ages. The horror!