The Free-Range Kids movement started when my New York Sun column, “Why I Let My 9-year-old Ride the Subway Alone” landed me on The Today Show. Since then, the story and all its permutations have proven to be perennial press catnip, which is why you may have seen me (Lenore) on The Daily Show, Dr. Phil, Good Morning America, CBS, PBS, NPR — or my Discovery TV reality show, World’s Worst Mom.

For an interview, please write to info@freerangekids.com .

Here’s a quick look at the whole gamut of press:

And from Sept 2020: Me on Dax Shepard’s Armchair Expert.

And just to pick a random day — May 28, 2015 — here’s a Q&A with me that ran in the Washington Post , and an interview in Der Spiegel (Germany’s Time mag), and in Poland’s news magazine, Najgorsza mama Å›wiata, and a more general piece in The San Jose Mercury News.

Much more recently — 2021 –Â  Let Grow, the nonprofit promoting childhood independence that grew out of Free-Range Kids, has been mentioned everywhere from Newsweek to the New Jersey Star Ledger to The Las Vegas Review-Journal and Bored Panda.Â Other media highlights? 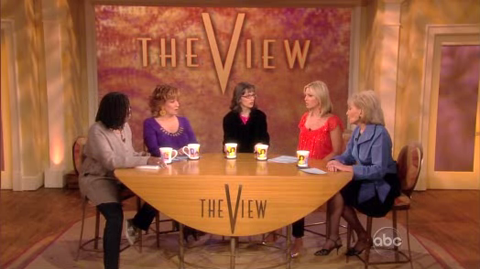 Lenore on ‘The View’

The Today Show interview that started it all:

On CBS This Morning discussing the Free-Range Kids law passed in Utah:

And here’s a trailer for Chasing Childhood, the 2021 documentary about overscheduled, over structured kids — and Let Grow’s fight to set them free.

Basically, I have been interviewed by hundreds of radio shows, and an abundance of newspapers, magazines and TV shows around the world, so it is hard to post all my press.

And as a journalist myself, I write often for op-ed pages, and regularly for Reason.com. I am interviewed pretty often by NPR, the CBC, CNN and Fox — which sort of shows that Free-Range is not a left or right issue. Â Here’s my interview on WNYC’s Brian Lehrer Show (New York’s NPR station). And here’s my interview with Nick Gillespie at Reason (12 minutes, but they fly by)!

Meantime, here are some other, slightly random, press clippings, from old to new:

Cover of Time Magazine, “The Growing Backlash Against Overparenting” (Nov. 20, 2009)

The Daily Beast, “The Myth of Online Predators” (by Lenore Skenazy)

The Times (of London)

Free-Range being debated on a typical mommy blog in Florida

And even a dating site: DatingAdvice.com !

The Washington Post on How Kids Became Independent During Covid (2020)

To contact Lenore for an interview, please write to info@freerangekids.comÂ