Recently we were talking about zkdhtntiza
the trend on campus to require “trigger warnings” — warnings on material assigned for class that could potentially traumatize a student by triggering a flashback on some misery endured. We also discussed “microaggressions” — the idea also newly popular at college that students’ casual remarks could be construed as aggressive, so it is up to everyone to make sure they offend no one with whatever they happen to say.

The amazingly honest letter below explains the problem with this assumption of fragility. The Free-Range Kids angle is simple: From dumbed -down playgrounds where kids can’t enjoy a merry-go-round anymore, lest they fall off, to dumbed-down conversations in the classroom, where students can’t openly express their thoughts anymore, lest someone feel aggrieved, the starting point is the same: A belief that this generation of young people is so easily bruised, physically and emotionally, we must anticipate their destruction at every turn and do everything possible to spare them.

When you look at life through that lens — the lens of what could conceivably hurt even one person, some way, somehow — nothing seems safe enough. Not childhood. Not college. Not normal human interactions and activities. Nothing.

Dear Free-Range Kids: The biggest problem with trigger warnings is that there is no way to know what can trigger someone, and I will use both myself and my husband as an example.

My husband is a veteran who suffers from PTSD. He is triggered by a whole host of things; loud noises, crowded spaces, not being able to clearly see the exit to a room, a room not having two exits, people talking about medical or forensic related subjects (as he had to document bombing victims he gets very sensitive to any in depth discussion about anatomy and physiology).

I have a history of OCD and anorexia. I can get triggered by any conversation regarding food or weight or exercise. There are other things too, but numbers are also very triggering for me. I used to obsess over numbers in terms of calories eaten and burned, miles run on a treadmill, the number of corn kernels I had just eaten, etc. Because of this, any discussion of numbers at all could get me thinking about numbers as they relate to my eating and exercise.

We both went to college while we were still quite ill and dealing with these issues, but it was before trigger warnings were even a concept. So we were forced to develop coping mechanisms for dealing with triggers we would regularly encounter in our day to day lives. Every once in awhile we couldn’t deal, and had to excuse ourselves from a situation. Still, at the end of the day, neither of us expected the world to cater to our neuroses, and instead we forced ourselves to learn to deal with the reality of existence. Years later, neither of us are 100% “better,” but we are well adjusted and are rarely triggered, despite being constantly exposed to things that used to trigger us regularly.

The fact is literally anything in the world can be triggering to someone depending on their experiences and illnesses, it isn’t just obvious stuff like rape. Numbers are often a trigger for people with OCD and/or eating disorders, should every use of math or statistics come with a trigger warning?

I just don’t think it does anyone any good to seek to cater to our weaknesses and isolate us from things that may disturb us. instead, those affected need to try and learn how to deal with trauma or mental illness in a way that doesn’t include denying reality.

I have a close friend who was kidnapped and raped. This was of course a terrible experience that will always stay with her, but she was determined to not let it inhibit her or change her behavior. She still dates, still has an active social life, is able to watch or read stories of rape or kidnapping. Occasionally she does have to hard a time with things, and needs some space and understanding, but for the most part she is able to cope well and deal with life. Another acquaintance of mine had her purse snatched once, no physical attack was involved. She is completely crippled by the experience and relates it as being a deep, unsurpassable psychological trauma that makes her incapable of dealing with a vast array of social situations or experiences. I know which of these two people I would rather be.

That is not a judgement on people who are profoundly traumatized and who can’t recover despite their best efforts. It’s that I simply do not respect the idea that someone who has gone through a hardship or trauma should be treated as forever ruined and incapable of overcoming obstacles. – Samwise 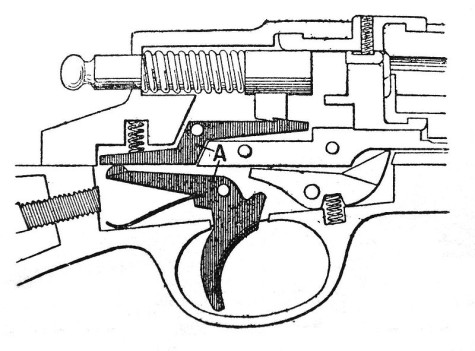 CAUTION! Trigger warnings may be insulting and counter-productive.

Help! I’m 14 and Not Allowed to Hang Out with Friends. Any Advice?
A Missing Kid and the Benefit of the Doubt