This piece comes to us from Sandy Rozek, communications director with theÂ National aaardfbthi
Association for Rational Sex Offender Laws.Â One of Sandy’s primary concerns is implementing effective measures that will aid in reducing the sexual abuse of children. She is especially disturbed when children are threatened with and harmed by the registry, something that purports to help protect them.

â€œThey scared him to death.â€ When Maureen Walgren of Naperville, Illinois, said this, referring to the conversation that school officials and law enforcement had with her 16-year-old honor student son Corey, she meant it literally.

Corey was at lunch on a normal school day in his high school this past January when he was called into the office. Waiting for him was the campus dean and a police officer. They questioned him about what was alleged to be an image on his phone of a consensual sexual encounter with a female classmate, also 16. The accusation was possession of and possibly sharing â€œchild pornography.â€ Evidence strongly suggests that the threat of being registered as a sexual offender on the stateâ€™s public registry was made.

Only at that point were attempts made to contact his parents. Corey was told that his mother was on the way to the school, and he was left alone to wait for her.

At some point before she arrived, Corey left. Leaving his car at school, he walked a mile and threw himself off of a six-story parking garage. His death was not instantaneous, but it came before his mother could get to him and be with him in his dying moments.

As it turned out, the images on the phone were so black that nothing could be seen. Even though audio of the encounter was discernible, police records indicate that they would not have pressed charges after all. If only they had waited until the investigation was finished before they threatened him with child pornography and the registry, the story may well have hadÂ a different ending.

Corey was an excellent student. He was a goodÂ athlete and a popular young man; over 2000 people attended his funeral. He was fortunate to have involved, supportive parents and to have been raised in a loving, supportive home. He was a sweet, friendly, well-liked, high school junior who was planning with those parents which colleges to visit in order to narrow down his application choices. He had never been in any trouble at all. Just the weekend before, he had talked to his parents about his choice to have a sexual encounter, his first, at this point in his life, and he recognized that it was not the wisest of decisions.

It is a decision that has been made by countless high school students over countless years. Many, many of them reached the same conclusion that Corey was reaching. Many, many of them have done what we hope for all of our children: learn from their mistakes and unwise decisions and make better ones in the future.

Sadly, sad almost beyond words, that is something that Corey will never be able to do.

My heart is aching. Reading the source article in the Chicago Tribune, it sounds as if the young man may (or may not) have shared the audio with his friends. Of course it is horrible to betray a partner’s trust. But this is a case for education, or even some punishment, not the registry. 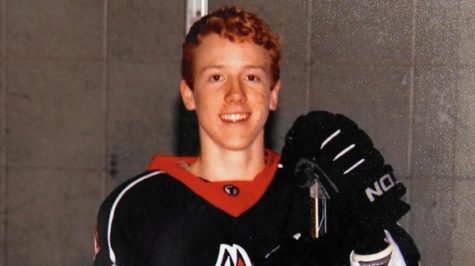 Free-Range Parenting was NORMAL as Recently as E.T.
The Lonely Refrigerator