A DC couple who left their toddlers wait in the car while they went to a wine tasting for an hour (and I’m not sure the wine tasting detail is relevant) have had their kids taken away from them, according zfzadyebht
to The Washington Post.

While I don’t think any of us believe it’s a good idea to have two very young kids stuck alone in a car for that long, on a 35 degree day, strapped into their seats, Â parents Christopher (Christophe) Daniel Lucas and Jennie Teresa Chang did keep a cell phone line open, in a rather misguided attempt to supervise from afar.

As wacky as that sounds, the punishment strikes me as excessive: The parents were thrown in jail for two nights and their kids have been taken away. The judge even ordered the parents to stay away from their children until the hearing, scheduled for Feb. 18. They were charged with two counts of attempted second degree cruelty to children, meaning they could face up to 10 years in prison.

How does that make anyone safer or healthier?

It is only the ones deliberately hurting their kids or truly negligent that deserve punishment, rather than instruction and perhaps a warning. In this case, the children were found to be healthy.

Leaving your kids for an hour in the car in the cold is not Free-Range. But, absent any other indications of real cruelty, it doesn’t strike me as prison-worthy, either. And who thinks the kids are going to be better off yanked from their home and placed someplace new? – L 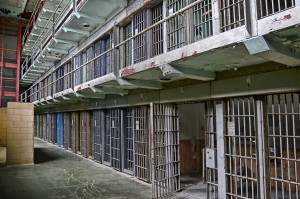 Is this where clueless parents belong?

Worst Super Bowl Ad? #Nationwide
TELL US: How Did Your Adventures as a Kid Influence the Person You Are Now?