Readers saheikrzsb
— A news storyÂ suggests that this case may possibly be something other than a father who tragically forgot his baby in the car when he went to work. If so and his actions were deliberate, then obviously, we are talking about murder. Murder darker than night. Â

That does not change the reason for my earlier post with the facts as originally presented, which was to ask for legal leniency and human compassion when a parent makes a terrible mistake that he will regret forever, and punishing him will do no one any good. – L.

eaders — This letter has me heartbroken for absolutely everyone concerned. I signed the petition. Vengeance does not bring anyone back, nor does it prevent any more deaths, nor can it possibly teach this dad any lesson he has not already had seared on his soul. — LenoreÂ

A man from my town has been arrested and charged with murder for forgetting his toddler was in the car and leaving him there while he was at work. Obviously in our miserable Atlanta heat, the child passed away. It is a tragic accident, but the father–Justin Ross Harris–is being held without bond and charged with murder and felony cruelty to children.

As a mother, I’m outraged and heartbroken, and as a resident of Cobb County I’m furious at this gross misuse of our justice system. Our jails and courtrooms should not be used to charge grieving fathers who have had terrible lapses of memory. According to the news reports, Harris was so distraught when he found what has happened that he had to be restrained. This is not a murder case.

I want to take whatever action I can to fight this. I intend to write our courts, our DA, and our governor. I have also created a petition to have the charges against him dropped: https://www.change.org/petitions/district-attorny-vic-reynolds-drop-charges-against-justin-ross-harris/

Can you help? You were the first person I thought of who might be willing to share this. The more signatures, the more letters, the more chance this grieving father can go home and mourn with his wife.

Thank you in advance,Â  Erin in Marietta, GA

Lenore here again: This was a tragic accident, a lapse I know that I could have made. (I once fell asleep when my kids were young and left the tea kettle on. I’m just lucky I did not burn down the house.) There is no law on earth that can make humans infallible, and no punishment against this father that makes sense.Â 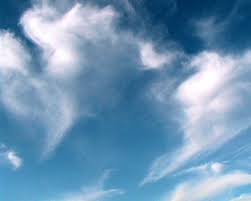 My heart goes out to this family.

178 Responses to UPDATE: Distraught Father Charged with Murder of Child He Forgot in Car