Sometimes aysyffehbd
when I post about the Sex Offender Registry, I get comments like, “Those scum don’t deserve to EVER live a normal life!”

This note below is to remind us that a study of 17,000 people on the registry by the The Georgia Sex Offender Registration Review Board found that about 5% were “clearly dangerous,” and 100 could be classified as sexual predators.

Not that the other thousands and thousands of registrants were all Romeo and Juliet cases, or teens who sexted. Just that most people who have been arrested for a sex crime don’t do it again. Some will. Most won’t. And the public registry has no effect either way.

So here is Shawna’s tale. She is on the Registry for life. Does this make any of us feel safer?

Â  Â  Â Dear Free-Range Kids: My name is Shawna and I am a required to register as a sex offender for having sex with a teen when I was a teen myself. Here is my story.
.
Â  Â  Â When I was 12 my mom befriended a neighbor in the apartment complex we lived in at the time. Â She was around 21-22 at the time and I thought she was absolutely the coolest person I had ever met. I idolized her. She was more interested in being my friend than my mom’s friend, and was there for me through some very bad times while we were neighbors. We moved and lost contact. Then when I was 18 we reconnected.
.
Â  Â  Â She was around 31 at this time and hung out with her friend’s 14 year old son. I had moved in with her and the 3 of us became close friends. She would always tell me how much he liked me and that him and I could have mixed-colored babies and they would be so pretty.Which got my mind thinking about him in a way that was more than friends.
.
Â  Â  Â  On my 19th birthday she said she wanted to have a party and the 3 of us got drunk and played truth or dare. She had us dance naked and kiss in front of her. Him and I had sex that night.
.
Â  Â  Â  The next morning Â she took him to his mom and she filed charges against me. I was sentenced to 6 months jail, lifetime probation and lifetime registry as a sex offender. I will be turning 34 in December and I’m still required to register and be on probation. I have to take polygraphs every 6 months and still attend sex offender group therapy. I have 3 children and this is starting to affect them.
.
Â  Â  Â  Two years ago they passed a law that says I cannot take my kids to the park anymore. This includes lakes, as they are State parks. Their friends can never stay over for a sleepover and where I can have their birthday parties are limited. My husband and I along with our 3 kids have had to move in with my mom on many different occasions, due to my restriction on where I can live and not being able to find a home.
Â .
Â  Â  Â  Â I have all the backing from my probation officer and therapist to try and get off probation and registry. However due to my felony it is hard to find any job where I would make the amount of money I need to go back to court.
.
Â  Â  Â  Â  Â The system is failed and everyone is being painted with a broad brush. I want to become a voice for sex offenders and hopefully get connected with the right people and/organization to start changing some of these laws. Not everyone should be called a sex offender.
.
Sincerely,Â Shawna

Turns out I’d seen Shawna in the deeply affecting documentary “Untouchable,” by David Feige. It chronicles the efforts of a powerful Â Florida lobbyist, Ron Book, who was so outraged (and, it feels to me, guilt-ridden) to learn that his now-grown daughter was molested by their nanny that he has dedicated his life to making the sex offender laws harsher and harsher. Book is delighted that no one on the registry can resume a normal life. At the end of the movie we see him raging that the children of those on the registry should be taken away.
.
If Book’s urges became national law, Shawna’s three kids would not grow up with her.
.
Shawna’s story may be unusual. Then again, every registrant’s story, just like every non-registrant’s story, is unique. But our laws aren’t. They are heavy, blunt instruments forged in fury rather than reason. Shawna’s right: It is time to change our sex offender laws. And it is time to get rid of the public sex offender registry. – L 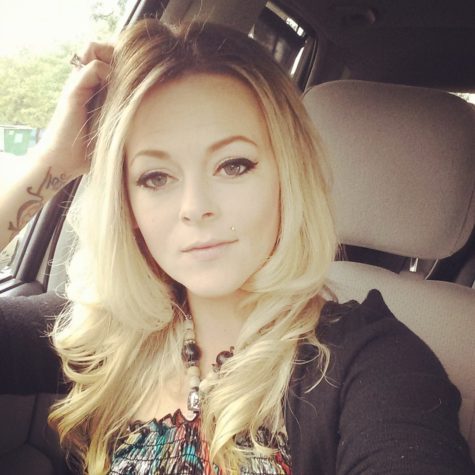 Shawna, a mom of three, is on the Sex Offender Registry for life, for sex she had as a teen with a teen. Her story is told in the documentary, “Untouchable,” by David Feige.

Why Is Every Rainy Day “The Storm of the Century” Now?
A Playground Fight? Now You’re a Felon, Kid