Justin zsryfktere
Murphy at The Democrat and Chronicle in Rochester, NY reports that:

Children at Pittsford’s Jefferson Road Elementary School who come up with a fun new game for the playground will need to do a few things before recruiting their classmates to play along.

First, they should write out the name of the game, the rules of play and the mechanism for rotating other children into play if it’s in progress.

Their parents can then submit that form to the chairwoman of the school PTSA Parents on the Playground committee. The committee will review the game to ensure that it is “inclusive, age-appropriate, equipment-friendly and insurable.”

If it is, it will be added to the school’s list of approved games, accessible in PDF format online.

Surely that’s how you spent your childhood, as well — filling out paperwork, rather than just yelling to your friends, “First base is the tree!” The form on the school’s PTSA website allows students or their parents to “attach a page if needed” to explain the game’s rules and how other kids can join in.

That way, said the website, “Parents helping on the playground will get to interact with the children in game zones and they will be the expert on the rules in their zones.”

Never mind that adults are already the experts every single second of the kids’ day EXCEPT when they finally — FINALLY — get recess.

Never mind that the whole point of play is that that’s when KIDS are in control. THEY run the show. Or used to.

“We always have our students’ best interest at heart and, as always, students are able to play games and participate in activities of their choice during recess,” Clark said.

He continued, “The goal of submitting game ideas is to give our students a voice and platform to share their creativity and provide a common understanding of the rules for each/new  game. …It allows us to take a great idea and share it with all of our students.  If students decide that they want to create a different game, it is not only fine, it is encouraged.
.

“We regret that the specific language of the parent letter was interpreted as restricting play; this was not our intent.”

Of course there’s nothing wrong with sharing the rules for a game. But the whole idea of play is that it is child-directed and fluid. The adults don’t need to know how the kids’ games are played because it is not up to the adults to direct the games.

The chairwoman of the playground committee, Rachel Hutchins, had written that, “Our goal is not to restrict what games can be played. Instead, we are resolving the conflicts of the past by making game rules clear to everyone. By having the rules and joining guidelines available to playground monitors, they can help children play together without having to stop the games from going on.”

But as Boston College Psychology Professor Peter Gray is always explaining: Play — free play, not PTA-surveillance play — is all about negotiation and compromise. To adults, it can sometimes look like that’s all the kids are doing: arguing. But when the game DOES stop, ahh, that is when all the real social skills training kicks in. The kids have such a huge incentive to solve the problem — they want to start playing again! — that they learn to solve their own problems. They deal.

Isn’t that something we’d like all our kids (even our college kids) to get better at? 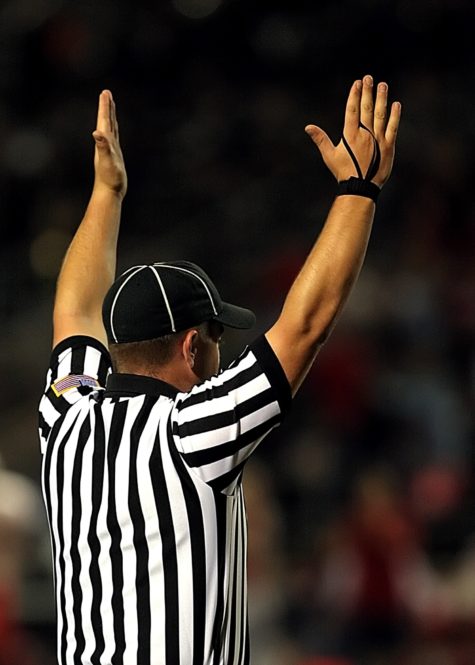 Halt there, child! Is your game inclusive, age-appropriate, equipment-friendly and insurable?

86 Responses to How Over-involved Can Adults Get at Recess?