Hi Readers! Here’s one I could have — and also could NOT have — predicted: Parents of one of the children who was NOT SHOT DEAD at Sandy Hook obtained a lawyer and were hoping to sue the state for $100 million . According to this nizarrzzht
Reuters story:

The unidentified client, referred to as Jill Doe, heard “cursing, screaming, and shooting” over the school intercom when the gunman, 20-year-old Adam Lanza, opened fire, according to the claim filed by New Haven-based attorney Irv Pinsky.

“As a consequence, the … child has sustained emotional and psychological trauma and injury, the nature and extent of which are yet to be determined,” the claim said….

Pinsky’s claim said that the state Board of Education, Department of Education and Education Commissioner had failed to take appropriate steps to protect children from “foreseeable harm.”

But after a slew of, let’s say, uncharitable comments on his Facebook page, Pinksy just withdrew the suit. He added, however, “we reserve all rights to bring up this request again.” Â That’s the spirit! Never say never!

How do I loathe even the IMPULSE behind this suit?Â Let me count the ways:

1 – Cursing? For real? This is part of the complaint? The child was exposed to cursing and this is a legitimate part of the reason she will never be the same? If someone had cursed over the loudspeaker and there had NOT been a maniacal killer on the premises, would the parents have sued for only, say, $3.7 million?

2 – This is about future psychological trauma? Is it simply NOT POSSIBLE the child could end up psychologically OKAY? (Or at least had a fighting chance till her folks Â became the poster parents for twisted American opportunism?) Why must we assume victimhood lasts forever? Don’t some people end up changed, yes, but not necessarily irreparably damaged after a terrible experience? Is there no hope for the human spirit?

3 – Um, $100 million? Because that money would be so much better spent soothing a single family’s pain than it would on ANYTHING else the state might need some cash to pay for? Including, oh I don’t know, maybe first responders, like the ones who saved kids like THEIR OWN CHILD from DEATH?

4 – Foreseeable harm. Clearly the school just wasn’t forseeing hard enough when it locked its doors, taught its kids “lockdown” drills and refused admittance to Adam Lanza Â (till he shot his way in).

Like Lanza himself, whose actions ignited an international debate about guns, schools and safety, maybe this stuttering lawsuit will ignite a debate about how to stop thinking this way — thinking that every tragedy is preventable, that someone besides the perp is at fault, that demands for outlandish amounts of money make Â moral sense, and that the courts are where misery should go gunning for vengeance.

Maybe we need a candlelight vigil for the death of decency. – L 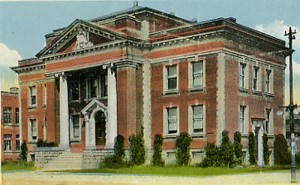 Suing Connecticut for the Sandy Hook shooting. What could be more American?