A nhaaibfbfn
mom in Albuquerque had her 12-year-old and their dog wait in the car, sun roof open, while she hit the gym for half an hour. The gym manager called the cops to report a “child” and dog locked in the car, and the police came zooming.

The fact that the “child” is 12 didn’t matter to the cops. The fact that he told them he normally reads or naps during these waits doesn’t seem to have mattered either. Apparently the copsÂ took the mom to jail, and apparently she was kept there for two days, because KOB reports she was arrested on a Monday night and appeared before the judge on Weds:

Court documents say the boy’s mother told the manager she had left her son in the car before and she didn’t appear to be worried about it. But she’s now in trouble with the law.

The mom, 33-year-old Lucila Gonzalez, appeared before a judge on the charge Wednesday. The judge allowed her to be around her son as long as the boy’s father is also there, then allowed her to be released on bond.

Got that? She can only visit the “victim” — her son — so long as her husband is present.

Now, there are some circumstances people may bring up as “proof” that this mom deserved what she got. For instance, she was driving with a suspended license.

However, the cops did not know this when they raced over to get her.

Also, her son could not immediately open the door when the cops wanted to question him. The mom needed to get her keys. It is dumb to lock someone into a car, even if the sun roof is open.

All in all, this sounds like a case where, if the cops had to intervene at all, they could tell her not to lock her son in. And they could also reprimand or charge her for driving with a suspended license. But that was not the crime they charged her with. KOB said she “faces a felony child abuse charge for leaving her 12-year-old son inside her car while she worked out at the gym.”

Frankly, if you have a mom whose license is suspended, do you think you’re safer when she’s driving or when the car is parked?

The problem is that we have become so convinced that anytime a person under the age of 100 is alone in a parked car they are immediately going to die. So strangers call the cops and cops arrest normal, non-abusive, non-negligent parents. This is why we need the Free-Range Bill of Rights: Kids have the right to some unsupervised time! We should not be required by law to supervise them every single second, even at age 12!

I wish Lucila good luck. I also hope she does whatever it takes to get her license unsuspended. — L 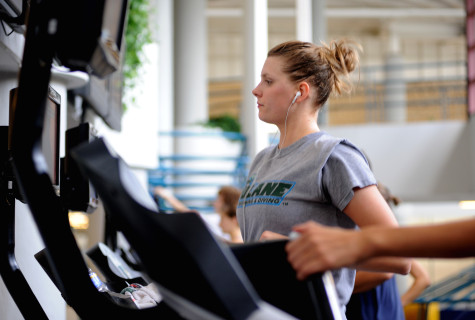 Even 12-year-olds can’t wait in the car while moms work out.Â

12 in car, bill of rights, kid in car, Lucila Gonzalez, mom at gym, wait in car

Happy 100th Birthday, Beverly Cleary! Alas, She Laments: “Today’s Kids Get No Freedom.”
Follow-Up to the “No Children Can Walk Home” Story from Magnolia, TX

86 Responses to Mom Leaves Son, 12, In Car Half an Hour. She’s Arrested, Jailed, Can Only See Him When Supervised