AÂ mom had been doing just that, without any problems, until a social worker was alerted to the situation. (Possibly by the husband from whom the mom is separated.) According kfbshbniza
to the Vancouver Sun:

A social worker visited the home and told the mother a child under the age of 10 could not be left alone. She asked the mother â€” identified only as B.R. in court documents â€” to agree to a â€œsafety plan.â€

When the mother refused, the social worker asked to speak to the boy, but the mother again refused.

If I ever meet that mom, I will have to give her a crown: She refused to make a safety plan because she RAISED the safety plan. Her son is clearly capable of being on his own for a few hours — as are almost all 8-year-olds — because that’s how he was raised. Traditionally, parents raise their kids so that gradually those kids can take responsibility for themselves. In most of the world, this is normal and good. From Switzerland to Swaziland, kids start getting themselves to school, by foot, bike or bus — on their own — at age 7. And yet the social worker ordered the boy to be supervised for six months.

The social worker testified that, in her opinion â€œchildren who are eight years of age do not have the cognitive ability to be left unsupervised,â€ citing various risks, including accidental poisoning or fires, which could arise â€œregardless of (the boy)â€™s level of maturity.â€

On the strength of that evidence, the judge accepted that children under the age of 10 could not be safely left alone.

Evidence? What evidence??? All the social worker did was Â give her opinion. She dreamed up some very rare risks and then said that a child — no matter what his maturity — would have a hard time dealing with them alone.

This is classic “worst-first thinking” — thinking up the very worst case scenario first and proceeding as if it’s likely to happen. So let’s flip it. Let’s dream up very unlikely risks a boy could encounter WITH his mom. Because if you go looking for risks, you’ll always be able to find some. (That’s the problem.) So what if the mom had picked up her son every day and they got hit by a drunk driver? Could the boy handle THAT? Maybe the social worker would like to rule that the mom never drive her son anywhere, either? After all, it’s not 100% safe, “regardless of the boy’s level of maturity.”

Our culture’s problem is that we have been trained to automatically fantasize about disaster anytime we hear of a child alone, as if simply being unsupervised = death. Attempting to counteract this knee-jerk tendency —

The mother appealed the decision, contending there was no basis for the judge to conclude the eight-year-old was in need of protection.In her appeal, the mother said the social worker usurped the function of the legislature, given that no minimum age for leaving a child alone for a short period is prescribed by statute.

She also maintained that the social workerâ€™s evidence was tendered as expert opinion and was improperly admitted, and that children mature at different times.

However, Punnett ruled that â€œgreat deferenceâ€ must be given to social workers in such cases and that her testimony was valid.

â€œThe social workers have a statutory duty to be truthful, to be honest, to be complete and to do their very best.â€

So social workers are doing their very best, but parents are slackers who couldn’t care less what happens to their own children. Only the state cares enough.

Here’s what’s really happening in this case: A parent is protecting her right to raise her child the way she sees fit, while the social worker isÂ protecting her job. Social workers have every incentive to overreact to even the most remote chance of danger, because there are no negative consequences to going wildly overboard. If they insist all children must be supervised till they’re 38:

1 – They know that if somehow, unpredictably, something bad DOES happen to a child, they can’t be blamed. They TOLD us to overprotect our kids.

2 – They also know they will have lots of work investigating all the “terrible” parents who trust their kids to be fine for an hour or two.Â Job protection abounds!

As for parents, now they must:

1 – Find and pay for childcare, even when a child is old enough not to need it.

2 – Treat their kids like babies, even when they want to give them more responsibility and show their kids that they believe in them. And, worst of all, they must

3 – Second guess every decision they were going to make about how they raise their kids. If the law states that you can’t put your children in any “dangerous” situation, now you, too, have to fantasize all the dangers that could possibly happen, no matter how far-fetched, and overreact just as ridiculously as the social workers and courts.

In other words, the state is insisting on mind control: You must think obsessive negative thoughts and act on them.

Thank Â you, Judge Punnett, for making all parents into criminals until they, zombie-like, accept your world view: All children are in terrible danger unless mommy is holding their hand. – L 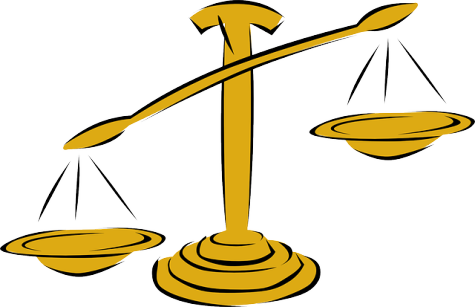 The state has more power to decide how you raise your kid than you do.

Kids Getting Drunk on Hand Sanitizer: CNN’s Latest Fear
“Send The Beloved Child on a Journey”