Readers btttzktnyi
— This is PRECISELY and I mean PRECISELY what I feared might happen, post Sandy. First of all, there is the way we are almost ENCOURAGED to believe that if some children are hurt, somewhere, sometime, now all children are in danger, everywhere, all the time. Second, there is the ease with which some folks in power are Â ready to exchange age-old humanity for the Â inhumanity of pseudo-safety. And finally: Ugh. Who wants to show up anyplace where the door is slammed in your face as if you are a psychopath till proven otherwise…by your access code? – L.

Dear Free-Range Kids: We just got a Sandy Hook email from my daughter’s daycare the key part telling us:

One of the biggest concerns at this center (as stated by a parent) is, “how often parents ‘piggy back’ on the parent in front of them when coming in, thus bypassing the need to enter the security code”.

Please understand that in an effort to safeguard our children, no adult (parent or staff member) will hold the door for others. Each person must either use their access code or ring the bell to be admitted by a member of our staff. We apologize for any inconvenience this may cause but the children’s safety is our greatest priority.”

Part of me wants to keep my daughter home now.

I have spent hours trying to concisely and clearly explain my dismay.Â  The redacted result I am about to send is as follows:

To the Director, Assistant Director and all the staff:

I am deeply saddened to see this letter.Â  While safety is important, this reaction (to a highly unlikely threat) does more harm than good.Â  It works against the educational goals at the center. Our greatest safety, comfort, resilience and foundation for growth come from community — community built and strengthened by our knowledge of one another, and our consistent willingness to care for and help one another. Community Â is one of the main things I have loved about sending my daughter to your center.

Minor as the act of holding a door open for a parent right behind you (especially one with a baby in an infant carrier) may seem, it is a moment to care or be cared for.Â  It eases the hassles of parenthood and makes us feel welcome and connected.Â  Sometimes it starts us talking.Â  At the very least it gets us to take a good look at one another, allowing us to recognize which parents belong with which children.Â  It sets us up to be an extra set of eyes to protect those children.

To ask me to slam the door in the face of a parent I recognize breaks down that community.Â  And to what end?Â  The shooter at Sandy Hook faced a similar security system. He was not let in, he shot his way in.Â  Moreover, even when protecting military secrets I am not asked to shut the door on someone I know belongs in there.Â  I donâ€™t believe [my daughter] knows about Sandy Hook.Â  But she will notice when doors start slamming in our face.Â  I donâ€™t want her to build a distrust for familiar people, the very people she would do well to seek in an emergency.

Of course the door isnâ€™t the only place people connect.Â  I get a sense of community when a teacher stops me on my way to the classroom to tell me what [my daughter] did on the playground.Â  It lets me know that even the teachers working upstairs know I am her mother. But now these instructions say these same teachers should close the door on me, on my daughter, and on other parents.Â  Why?

I am all too aware that life is fragile and has no guarantee. So, more than I want maximum security, I want my daughter to have community, connection, love, and joy all her life. – Â Hawa 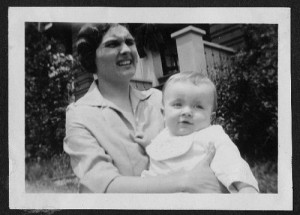 Stand back, you potential terrorist!

When a 10-Year-Old Asks, “What’s the Point of Living When We’re Just Going to Die?”
“Why I Made Myself Stop Grieving about Sandy Hook” – Guest Post

66 Responses to Post-Traumatic Stupidity Syndrome: “For Safety, Do Not Hold the Door Open for the Parent Behind You at Drop-Off”