Readers, Here is the latest instance of what happens when a country has been brainwashed into believing that any parent who makes a mistake is a menace who deserves her kids taken away.

In this case, an Atlanta mom of four kids, ages 1-6, had them wait in the Â car for all of 16 minutes while she ran into the grocery. One ndtrnyyhke
version of the story says the windows were rolled down, which suggests to me there was zero problem. The kids might be sticky — it was 90 — but so was everyone in Atlanta just a generation ago.

Another reportÂ says the windows were rolled up, but doesn’t say if the a.c. was on. If it was, again, then there was no problem as far as I”m concerned. If the a.c. was off, then the mom needs to be told that cars heat up quickly and on a hot summer day this can, indeed, be dangerous.

She does not need to be hauled off to jail and informed that even if she makes bail, she will not be allowed to have contact with her children, which is what WSBTV is Â reporting. But first, it says:

She will appear in front of a judge today on four counts of reckless conduct.

The children were given water and evaluated, but determined to be fine.

“They were checked out by EMS and are OK, thankfully,” Sgt. Gregory Lyons toldÂ WSBTV.Â “(Mosley) has been charged with four counts of reckless conduct and she’ll be going to Fulton County Jail this evening.”

No one is suggesting that it is a good idea to keep kids in a hot, locked car with no a.c. and the windows up. But if that is what the mom did, how about showing some compassion for how hard it is to shop with four young kids, rather than making her life infinitely more difficult and despairing?

The kids were fine. They look adorable and well cared for. Rather than criminalizing a bad parenting decision (if that’s what this was), how about telling the mom not to do it again?

We sure do love jailing overwhelmed moms! 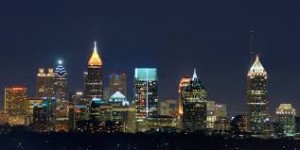 Have Fun, Kids! Just a Few Rules, First…
When Letting Your Child Play Outside is a Crime, Thanks to a Fear of Sex Offenders

123 Responses to “Thankfully, the Children are OK.” Mom Arrested Anyway