Yesterday, the Etan Patz trial came to a a close. Etan was the 6-year-old boy who disappeared on his way to school in New York City in 1979. The jury was hung, and so the case remains unsolved 36 years later. But as the ykedezzzit
New York Times writes:

The district attorney has not decided whether to retry Mr. Hernandez, but no verdict, nor lack of one, could change the impact the 6-year-old boyâ€™s disappearance had on parenting. His abduction in 1979 transformed the experience of childhood for many boys and girls his age and set the mold for the sort of fathers and mothers they themselves would become.

He was not famous when he vanished, his family not a wealthy target of kidnappers seeking ransom. And that made the case all the more haunting in its randomness. An early police theory, that a lonely woman had snatched up the boy to raise as her own, in hindsight seems startlingly naÃ¯ve, quaint. The disappearance of Etan Patz changed what parents feared.

Can you imagine a time before we were obsessed by predators and thought of them not only when a child truly disappeared, but any time we saw a child alone? That is how hugely the culture has shifted.

â€œIn some ways, it is the most important case, culturally,â€ said Paula S. Fass, a historian and author of the book â€œKidnapped: Child Abduction in America,â€ published in 1997. â€œThis case served as a wellspring of the idea that when little boys and little girls â€” but especially boys â€” were taken, that it was almost certainly by a pedophile.â€

Etanâ€™s was the first of a small number of cases stretching over a generation, including those involving Adam Walsh and Amber Hagerman, that were rare but still saturated news coverage, creating the impression of an epidemic.

The Times writer, Michael Wilson, interviews a bunch of parents who admit that Etan is always in the back of their minds. His case is more than a cultural touchstone. The Patz tragedy started us on a new way of thinking about childhood. As I explain:

Lenore Skenazy, a mother in Queens and the author of â€œFree Range Kids: How to Raise Safe, Self-Reliant Children (Without Going Nuts With Worry),â€ has long argued for scaling back what she calls worst-first thinking.

â€œBefore you let your child out, you are almost expected to run through your head and on each hand and each finger the names of children who were kidnapped or killed,â€ she said. â€œAnd it often starts with Etan.â€

Ms. Skenazy said what was typical parenting before that day in 1979 would look radical now, and likewise, parents then would not recognize todayâ€™s norms. They â€œwould see what today we call regular parenting and call it overparenting,â€ she said.

Last month, her Free-Range Project declared May 9, which happens to be Saturday, â€œTake Our Children to the Parkâ€¦and Let Them Walk Home by Themselvesâ€ Day, the latter goal a direct response to the latest free-range cause cÃ©lÃ¨bre, the Maryland couple accused of neglect for letting their two children, ages 10 and 6, walk alone in the neighborhood.

That case, and the free-range debate in general, has become a constant topic of conversation at the cityâ€™s playgrounds…

The Etan case looks like it may never be solved. But the legacy of fear can be reversed, with a deliberate decision to reject worst-first thinking.

Sometimes it feels as if this constant dread is natural. As if it’s just the way parents are “programmed” to worry. Â But it is cultural, it is specific. We can almost pinpoint where it began. See above.

And then take your children to the park…and let them walk home by themselves. – L 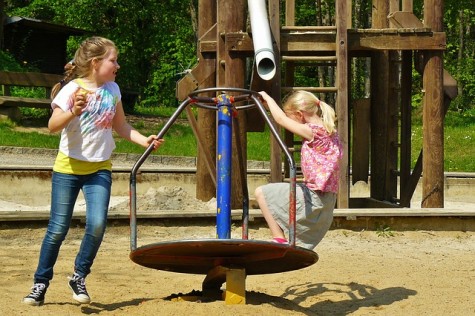 Take your children to the park…and let them walk home by themselves. It’s not a radical idea, just an old-fashioned one.