Here’s the police nhkiadaeis
report on Sunday night’s seizure of the Meitiv kids by the Montgomery County cops and CPS for the unthinkable crime of…playing outside on a sunny afternoon. And here is the Meitivs’ statement (boldface mine). Quick question: Aren’t prisoners allowed one phone call, or is that just on TV? Because the Meitiv kids were not allowed to contact their parents in the six hours they were held by the authorities:

Washington, DC â€” On a sunny Sunday afternoon, when children should be playing outdoors and enjoying the weather, Danielle and Alexander Meitivâ€™s children were subjected to a terrifying detainment that no child should have to experience. Shockingly, the Meitiv children experienced this maltreatment at the hands of the very government officials who are entrusted to uphold the law and ensure that children in need are taken care of.

Despite being three short blocks from their home, the Meitiv childrenâ€”Rafi (10) and Dvora (6)â€”were stopped at approximately 5 P.M. on Sunday afternoon by police officers in three squad cars simply because Rafi and Dvora were walking home. The police interrogated the children, and Rafi explained that they were walking home and were just three blocks from their house. The police demanded that the children get into one of the police cars, under the misleading â€œassuranceâ€ that the police would bring them home. The children told the police that they know where they live and they would like to call home. The police never called Danielle or Alexander even though the police had all their contact information. Nor did they allow Rafi and Dvora to call their parents.

The Meitiv children were confined to the back of a police car for almost three hours without any explanation of why they were being detained. The Meitiv children were then transported to the Montgomery County Crisis Center for further detention. During this entire time, the children had no access to food and only limited access to the restroom. After a series of delays and decisions by CPS and the police, CPS did not release the children to Danielle and Alexander until 10:30 P.M., and the children did not return home until about 11 P.M. on a school night.

Due to the actions of Maryland CPS and Montgomery County Police, the children were:
— detained in a police car for almost three hours,
— kept from their parents for over six hours without access to food, and
— not returned to the parents until almost midnight on the night before school.

Matthew Dowd, a partner with Wiley Rein, states: â€œThe Meitivs are rightfully outraged by the irresponsible actions of Maryland CPS and Montgomery County Police. We must ask ourselves how we reached the point where a parentâ€™s biggest fear is that government officials will literally seize our children off the streets as they walk in our neighborhoods. The Meitivs intend to fully vindicate their rights as parents and their childrenâ€™s rights, and to prevent this from happening to their children again. The CPS investigations and actions here are premised on a fundamental misapplication of the law and are contrary to the constitutional rights of these parents to raise their children as they see best.â€

The actions of Maryland CPS and Montgomery County Police violate the fundamental rights parents have in raising their children. In Troxel v. Granville, 530 U.S. 75 (2000), the Court explained that â€œthe Due Process Clause of the Fourteenth Amendment protects the fundamental right of parents to make decisions concerning the care, custody, and control of their children.â€ This fundamental, constitutional right of parents cannot be infringed simply because certain governmental employees disagree with a parentâ€™s reasoned decision on how to raise his or her children.

The Meitivs are troubled by the countyâ€™s discretionary use of power to subject this happy, healthy and independent family to invasive, frightening and unnecessary government oversight, when there are other pressing challenges for county families in need.

Let’s hear it for Wiley Rein! Meantime, if you’d like to join the National Association of Parents — as I have — here you go. And remember: One way to make sure this kind of craziness stops is to bring the Free-Range Kids and Parents Bill of Rights to your statehouse or city council. It states: “Children have the right to some unsupervised time, and parents have the right to give it to them without being arrested.”

Also without having their kids taken away for six hours. – L. 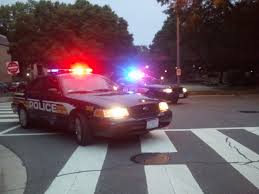 Were the cops right to detain the Meitiv kids? (Why the heck am I writing that as a question???)