When you believe all kids are in constant danger, you get situations like this one, in Mansfield, OH:

The student was leaving the building after school Tuesday when a man described as wearing a backward ball cap and a scruffy beard came up to them. The student turned and immediately ran back into the building, where they notified staff of a stranger on campus, Clear Fork Valley Local Schools Superintendent Janice Wyckoff said.

A letter sent home Wednesday alerting parents about the attempted abduction said the man was a passenger in a white colored Ford Ranger pickup. The vehicle was driven by an older woman with gray hair, the letter said.

The school was able to provide security camera footage of the vehicle and its occupants to the Butler Police Department. The department could not be reached for a report on the abduction or photos of the alleged suspects.

â€œIâ€™m really proud of the students and staff, the way they reacted,â€ Wyckoff said.

Really? She’s proud? Because here’s what they reacted to (from a news story a day later):

BUTLER â€“ The attempted abduction reported Tuesday in Butler has turned out not to be one.

Darby contacted the News Journal on Thursday morning after a grandmother who lives in the village called him at 8 a.m. to say she was reading the newspaper story and realized it was her vehicle, she and her son being described in the incident outside the school.

Darby said Cindy McCready, 55, was driving a white Ford Ranger and she has gray hair, just as the student described the alleged stranger on campus to school officials. And, as the student said, McCready’s son Stephen, 32, got out of the vehicle.

But what really happened was that the man got out of the vehicle near the end of the school zone to wave at his two children, who were outside on the school grounds.

You mean, rather than witnessing one of the rarest crimes in America — a stranger abduction of a child — the kids and staff actually witnessed one of the most common things in the world, a parent greeting his kids?

What are the odds of THAT? Thank goodness for that stranger danger education! – L. 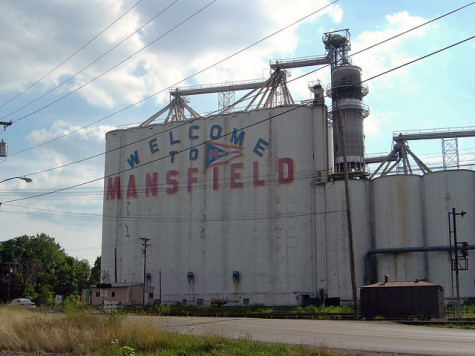 Welcome to Mansfield, OH, where thereâ€™s even a MAN in its name! Terrifying!

Subaru Ad: Isn’t It Great Kids Spend Their Entire Childhood In the Car?
Sex Trafficking Facebook Post that is as Viral as it is Insane