UPDATE: The children have finally been returned to the parents, at least four hours after the cops picked them up. Fox tdzfftszta
5 in DC  reports:

The Meitivs say CPS didn’t call them to let them know they had the kids until about 8 p.m. The Meitivs drove to CPS to pick up their kids, but say they were told to “take a seat” and initially weren’t given any information about their children, except that they were there.

Just after 10:30 p.m., the Meitivs were reunited with their kids. They had to sign a temporary safety plan to take them home. which means they are not allowed to leave the children unattended at all.

The Meitivs’ 10-year-old son told reporters they sat in the police car for about two hours before they were told they would be dropped off at home, but instead, they went to CPS in Rockville.

The story, posted at about 9 tonight, was this:

Danielle Meitiv, the “Maryland Mom” just called. She and her husband are on their way to the CPS “Emergency Crisis Center.” Why?

The police picked up the kids when they were outside AGAIN sometime this afternoon, and this time the cops TOOK THEM WITHOUT TELLING THE PARENTS.

The kids, ages 10 and 6, were supposed to come home at 6 from playing. At 6:30, Danielle says, she and her husband Sasha were pretty worried. By 8, they were frantic. Only THEN did someone from the CPS Crisis Center call the parents and say that the police had picked the children up. The kids are at the Crisis Center. (Danielle thinks that the center must be a place that is open on weekends to intake kids from dangerous situations.)

“It was dark!” said Danielle, her voice sounding shaky. “You know, I’d really had a nightmare about this, but I didn’t realize they would do it. I didn’t think they would. The kids must be terrified.”

“What did CPS tell you had happened?” I asked.

“They wouldn’t tell me anything about my children.”

Husband Sasha Meitiv, raised in the Soviet Union under complete state control, told his wife he was less surprised. “He said, ‘You don’t understand how cruel bureaucracy can be,'” said Danielle.

I think we all are beginning to understand just how insane, cruel, vindictive and evil the state can be when it comes to respecting human rights, in this case the right of parents who love their kids to raise them the way they see fit. And the right of kids, all kids, to be outside, part of the world, without having to worry about police snatching them off the street and holding them for hours without even letting them make a phone call.

I will keep you informed as soon as I hear back from Danielle. – L. 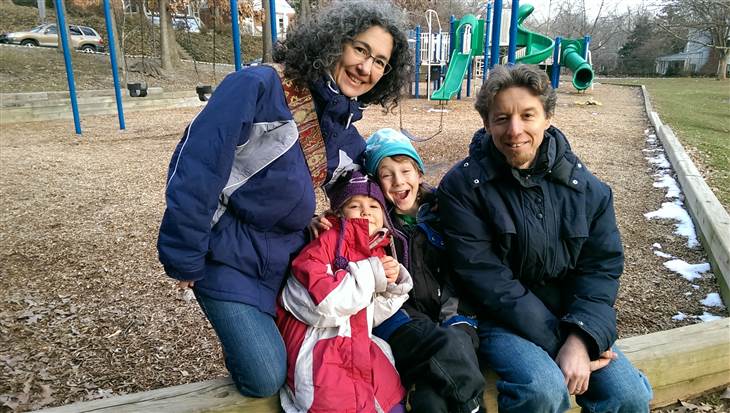 Principal Writes: Your Children Must be Supervised at All Times
From Maryland Mom Danielle Meitiv’s Facebook Page