Readers — An Oregon high school is planning to stage the most apocalyptic shooter drill yet. According to local tdabfhiata
public NPR station, KLCC:

If Elmira High school students go to school on April 27th, theyâ€™ll be in an active-shooter role play drill. This is Chris Heppel, whoâ€™s coordinating the helicopters that will fly in to transport fake victims.

Â â€œWeâ€™ll have some type of an incident transpire where a number of folks are injured by a firearm. We’ll have students and parents, as well as some faculty practice our response to that.â€

The piece explains that while most local schools are already protected by fences, security cameras, locked doors and, at this particular one, what sounds like a part-time guard with a gun (the students worry that sometimes she is busy at the middle school) , apparently the district still feels a drill like this is prudent.

I feel it’s not, for several reasons:

1 – The chances of a shooting at any school are tiny. Do a drill if you’d like, but don’t magnify the likelihood of this incredibly unlikely event.

2 – The need to practice a helicopter evacuation seems particularly unnecessary, in that the helicopter(s) would be there after the danger. (And I hate even writing sentences like, “The helicopters would be there…” because it starts making the scenario seem more real.)

3 – Money spent on one thing means money not spent something else. Spend it on worst-case-scenario pre-enactments (my new word!) and you have less for books, band instruments, and field trips to places that are in daily but less “exciting” danger, like neighborhoods where kids go hungry.

4 – We have got to stop focusing on rare tragedies as if they are an imminent threat. Said it before and I’ll say it again: The terrible fact that some kids have been hurt somewhere, sometime, does not mean all kids are now in danger, everywhere, all the time. Let’s get a grip. – L. 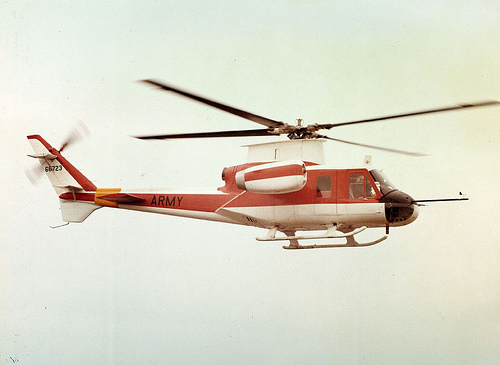