Readers kkzdsskfzs
— This is just outrageous. I’m cutting and pasting from the site People for Bikes. In truth, riding bikes in urban areas scares ME, but that doesn’t mean I am against it. It just means that we should work even harder to make biking SO COMMON that when some politician says, “It’s just too dangerous to ride bikes,” the whole town tells him to quit thinking car-first! Why should a community only be safe for one particular form of transportation?

Anyway, in this post, the wonderful comments in bold aren’t mine, but I wish they were. They’re from the People for Bikes site, which writes:

After four of his classmates and his mother were all hit by cars while out biking or walking, 17-year-old Matthew Cutrone wrote a letter to his county legislators asking for safer roads. Suffolk County (NY) Legislator Thomas Barraga responded with a letterÂ sharedÂ by Matthew’s mother and posted below, stating that “no one who lives in our hamlet or for that matter in Suffolk County should ever ride a bicycle.” Get a load of this (our thoughts in bold):

Thank you for your recent letter concerning bicycle safety and bicycle lanes. Let me at the outset express the hope that you mother will have a complete recovery from her accident in September while riding a bicycle in West Islip.Â [But donâ€™t worry, Iâ€™ll tell you later about â€œfalse hope,â€ so just take this with a grain of salt.]

I have lived in West Islip most of my life and my personal feeling is thatÂ no one who lives in our hamlet or for that matter in Suffolk County should ever ride a bicycleÂ or a motorcycle.Â [I mean, hell, letâ€™s just rule out anything with wheels that isnâ€™t a car.]Â I cannot tell you how many constituents over the years have told me that they are taking up bicycling for pleasure and exercise. I have told them not to do so but they usually do not listenÂ â€“ 90 percent of those people eventually were hit by an automobile many like your mother with serious physical injuries.Â [Wait…really? 9 out of 10 people that you know who ride bikes get hit by a car? How is this not a major epidemic?!? PEOPLE ARE DYING HERE! COME ON, MAN!] 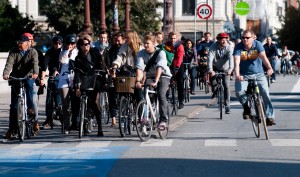