A new eyzbzrzdhk
study by the University of Iowa found that younger kids have a harder time gauging exactly when it’s safe to cross the street.

This is not surprising, but it is a good reminder to neighborhoods that their job is to make it easy and safe for kids to walk around (as Safe Routes to School does) — not to say, “That’s why we have to drive them.”

My kids are 14 and 11, and I’m not gonna lie—I HATE the idea of them crossing streets alone. They’ve both done it, just not with me because it makes me a nervous wreck. I call it “street fear”—that moment when you’re waiting to cross a busy street and finally decide to step out into a gap in traffic and bolt across. I’m 47 and my heart still races every time. Not as much as it did when I was younger, but enough that I still grasp tightly to both of my kids’ hands.

Now science has just issued a pretty big strike against letting kids younger than 14 cross solo. According to a new study out of the University of Iowa, younger kiddos lack the perceptual judgment and physical skills needed to consistently get across safely.

Look, I’m a nervous wreck about street and cars, too, so I relate to this writer. But I am also a nervous wreck about reinforcing the prevailing myth of the day: That somehow this generation of kids cannot do what every generation of kids has done until now, and what kids today continue to do in many parts of the world. And while I know that there are more cars today, there are also better brakes and fewer built-in blindspots.  So to suddenly  declare no kids should cross the street till 14 is a radical restriction on everyone — kids AND their parents, now responsible for even more schlepping.

It’s not even what the Parents writer wished to say. She was more nuanced, ending her piece this  way:

So what’s a child to do? One recommendation is for parents to teach their children to be patient and to encourage younger ones to choose gaps that are even larger than the gaps adults would choose for themselves, [researcher] O’Neal says. Also, civic planners can help by identifying places where children are likely to cross streets and make sure those intersections have a pedestrian-crossing aid.

Agreed! But when the media picks up a study like this, it’s generally, “Well that settles it: Never let your children do anything by themselves. Even things you did at a much younger age. Science says it’s unsafe.”

Crossing the street is never perfectly safe. I applaud measures taken to slow down cars, increase pedestrian visibility, and make it easier for everyone, including kids, to walk.

I do not applaud deciding that any danger to kids = no more freedom for kids, the prevailing message our society seems determined to extract from an imperfect world. – L. 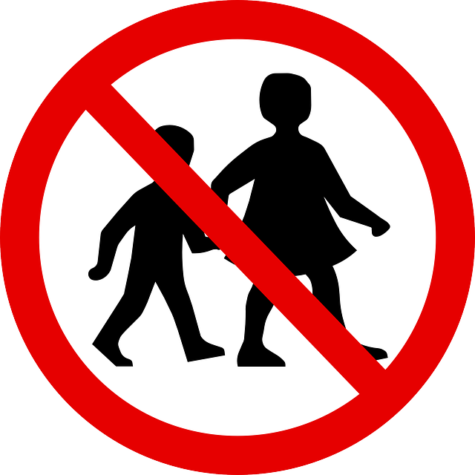 Let’s not keep coming up with reasons our children can’t do anything on their own.

61 Responses to “Science Says Kids Shouldn’t Cross a Busy Street Solo Until They’re 14” — Um, Not Quite