Because here’s the latest and one of the kookiest: Mom at store not only believes that two “Middle Eastern men” men were sex traffickers eyeing her kids the way a dog eyes a couple of hotdogs, but that her quick-thinking and knife wielding thwarted their evil plans:

Today, I am angry.
Today, I am sad.
Today, I am scared.
Today, I experienced first hand just how real child abduction and trafficking is.
Brace yourselves, Facebook, because I am about to rant, rave, and warn other parents about not just what you read in news stories from around the country, but what happened to myself and my children in Patrick Henry Mall, right here in Newport News VA.

Anyway, the mom goes on:

We went out with my mom and sister this afternoon, and wanted to make one last stop to look for something on the way out, so we went into JC Penny’s. Since Kyra and Aldin were a little antsy, I decided to take them over to the kids section to look at toys while my mom and my sister went to look for what they needed.

Gee, that sure doesn’t sound like three generations of a family out shopping, does it? It certainly sounds much more likely to be one of those 3-generation sex trafficking rings.

The men started speaking to each other in a language I obviously don’t understand, and the boy remained silent. Again, whatever, I would be ignorant to assume being from any other country is any kind of threat, because 99% of the time, it’s not.

Eventually, they’re not behind me anymore, and I completely forget they ever existed. So we make our way to the other side of the store, get to the toys, I take Aldin off my back, unbuckle Kyra from her stroller, and let them browse.

Now is where I let you know, I am very attentive. I am one of the dreaded “helicopter moms” and I am always, always watching, not only my children, but the surrounding areas.

Yada, yada. You know the drill. They follow her around, they keep eyeing the kids and finally she not only stares them down, she takes out a “push knife” and lets it glint in the fluorescent light, and off they go. And the darn police don’t do anything because, thanks to her own fierce fierceness, “no one was actually taken.”

I really can’t tell if moms believe the scenario they’re writing about — that their kids were about to be “Taken” — or if they just want attention.  And I really cannot understand the, “Thank you for sharing this scary tale!” comments.

So if you  are a psychologist, sociologist or anyone who understands the spread of moral panics, please explain what you think is going on. — L. 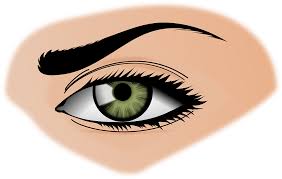 I see you looking at my kids, you trafficker! Or shopper! Whatever…

“Science Says Kids Shouldn’t Cross a Busy Street Solo Until They’re 14” — Um, Not Quite
Hey Kids — This Is a Dangerous Video for You to Watch. WATCH IT!