On a recent Saturday night, Marine Sgt. Aaron Rasheed was in Manhattan with his wife and three young children, including baby Elijah, who cried part-way through the new documentary they’d come up from Virginia to watch.

I can’t blame the boy.

“The sbdfrdaaiy
Syndrome” is about Shaken Baby Syndrome — a heinous crime we’ve all heard of. Back in the fall, when  Elijah was 3 weeks old, he suffered a seizure. Sgt. Rasheed and his wife rushed him to the hospital. The baby had two hematomas — blood on the brain (or at least it looked like that at the time). How had he gotten them? The parents had no idea.

Tsk tsk. They must be hiding something. Child Protective Services swooped in and accused Rasheed of shaking the baby. All three children were placed in a relative’s custody and Rasheed found himself facing trial. Frantic, he went online and tried to find any information he could about Shaken Baby Syndrome.

Goldsmith  is the researcher behind  “The Syndrome.” This is her first film, but she’s been a journalist for over 20 years, specializing in child abuse.  Her investigative reporting resulted in two new laws protecting children  in foster care. She was especially revolted by the idea of anyone who’d shake an infant. I guess we all are. But the more she looked into this crime, the more surprised she became.

It turns out that the constellation of three symptoms that “prove” a baby was shaken (a type of brain swelling, brain bleeding, and bleeding in back of the eyes) can actually be caused by all sorts of other problems, including genetic issues, birth trauma — even falling off a couch.

“The Syndrome,” tells the tale of how this new category of crime appeared seemingly out of nowhere in the mid 1990s. Goldsmith found  that some of the same doctors who had actively promoted the Satanic Panic of the early ’90s, accusing daycare workers of things like sacrificing animals in the classroom and raping the tots in Satanic rites, abandoned that narrative when people started doubting its plausibility.

In its wake, those doctors found a new horror  to focus on: Shaken Baby.  As Goldsmith puts it, “They medicalized Satan.” Attention, donations, and research money flooded in.

But after Goldsmith’s film interviews parent after parent who brought their ailing babies to the hospital only to find themselves accused of the sickest, saddest crime possible, it turns to the heroes: doctors who gradually started to question the syndrome.

Consider the case of Natasha Richardson, says one of them, neurosurgeon Ronald Uscinski: She hit her head in a skiing accident and even joked about it afterward. Two days later she was dead.

This happens to children, too, he says. Why would we think it doesn’t? Toddlers toddle. Sometimes they fall. Usually it’s fine, but sometimes it’s tragic. It may be diagnosed as the result of a shaking, but here’s the sticking point: If someone shook a baby so hard that its head went flopping back and forth, the neck would show signs of whiplash, right? And yet, the film notes: none of the hundreds of  “shaken” baby cases Goldsmith reviewed showed serious neck damage.

Deborah Tuerkheimer, a law professor interviewed in the film, estimates 1,000 people are in prison today for a shaken baby crime they did not commit. Rasheed was almost one of them, but he was found not guilty. Said the judge, “My heart goes out to you.”

Mine too. Thank goodness this movie exists. Because the potential for injustice is enough to leave anyone shaken. 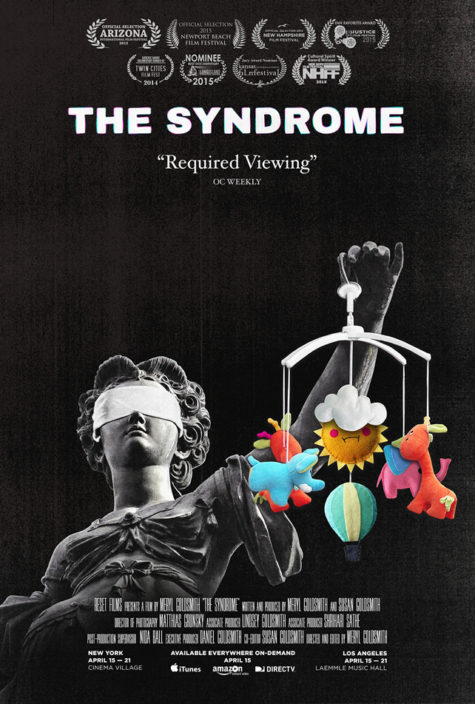 Sending a 6-year-old to the Store, Alone, in New York City
A “Chilling New Portrait” of Child Predators? Or a Craven Old Way to Scare Us Sh*tless?

34 Responses to Shaken Up About Shaken Baby Syndrome