Trying not to scream about this article in the Toronto Star, “Child rrtteansei
Abduction and Murder Paint a Chilling New Portrait.” As reader Frankie wrote:

Just the WORST kind of scaremongering!!Â  They use these huge scary numbers but the bottom line is that in all of Canada, coast to coast, there have been an average of THREE kidnappings a year over the past 50 years.Â  THREE.Â  Seems they had to go back 50 years to get enough data to even do a statistical analysis.Â  More pedestrians were killed just in Toronto last month alone.Â  This piece makes me so angry!

While you’re reading the piece, keep asking yourself: Who benefits from a study like this? (Boldface, mine.)

One hundred and fifty-five children have been abducted and murdered in Canada since 1970, most of them young girls snatched near their homes and killed within a few hours by predators with criminal records, according to a survey by the Canadian Centre for Child Protection.

The findings, which reveal an unprecedented look at child abduction and murder in Canada, are based on public records, court decisions and media reports on cases dating back nearly 50 years.

The study excludes cases where the person responsible (or believed to be responsible) was a parent of the child or close relative.

Of course! Why study the far more common scenario and possibly come up with a way to save MORE kids, when a more exciting scenario beckons?

These cases involve strangers or acquaintances who target children as young as 2, plan an approach, abduct and kill them, according to the preliminary study, obtained exclusively by the Toronto Star. The full study is to be released later this year.

â€œWe were inspired to do this difficult analysis with the idea that what one single childâ€™s story may not be able say, the collective voice of many, could,â€ says Lianna McDonald, executive director of the Winnipeg-based Centre for Child Protection. â€œSomething that was very impactful was the heinous nature of the crimes committed against the children.

â€œThe degree of violence and brutality is horrifying.â€

This data question how well children are protected by Canadaâ€™s justice system.

No they don’t.Â Canada is #8 in a list of Ssafest Places to LiveÂ in the world.

Fifty-five per cent of offenders had a prior criminal record and 29 per cent of those were convicted of a prior violent or sexual offence against a child.

Lesley Parrottâ€™s daughter, Alison, was abducted and murdered in Toronto in 1986.

Alison was 11 and lured to Varsity Stadium for a photo shoot. Her body was found two days later near the Humber River.

Francis Carl Roy, who was convicted of Alisonâ€™s murder, had been on parole for raping two teenage girls.

â€œI do think there is real opportunity here for good impact on policies and understanding on the part of families, educators, police, parole boards and judges,â€ says Parrott. â€œThe things that jump out at me is the parole situation, the luring was there, the murder happening within hours. All the way through there are things that speak to our situation.â€

The situation being what? Unstated. Just gobbledygook.

Here is a partial story â€” by the numbers â€” of what the study reveals:

Who are the offenders?

And on and on it goes. When really — the point is that in the very worst and rarest of circumstances, people murder. And some of them actually did something before. The fact that literally tens of thousands of people who also committed offenses do NOT go on to murder strangers does not matter. This just allows the public to hate and fear anyone who ever served time.
Â .
Why does the study ignore the vastly more common scenario — children abused by people they know?
Â .
Because that does not garner hits, donations, or government money.
Â .
Sorry to be so blunt, but this is scare mongering masked as ‘important” information. The only thing important is to remember how easy it is to create fear under the guise of virtue. – L 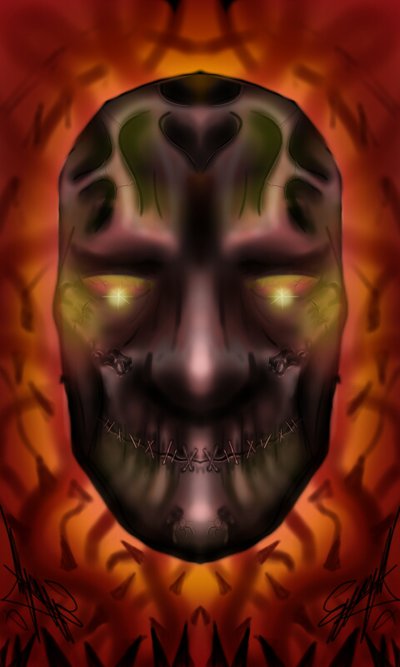 Canada! I’m coming for your children!Â Or at least your donations.Â Â (Drawing by JuanEmanuel )

129 Responses to A “Chilling New Portrait” of Child Predators? Or a Craven Old Way to Scare Us Sh*tless?