This hnthyaikfi
post originally appeared as a comment from Donald Christensen, an Australian dad interested in psychology and cognitive behavior therapy (CBT). He explains this subject through his OnMySoapBoxx blog with simple, clever analogies and pictures. I’ve learned so much from him!

Here’s his take (punctuated the Aussie way) on why we’re hearing the word “safety” all the time:

Safety is used for many things other than ‘Safe’.

1. Safety is used to say, “Do what I say now! End of discussion”. ‘Danger’ has become a trump card. ‘Danger’ can be substituted for, ‘Because I said so that’s why’! A toddler may complain about having to eat his green beans and asks, “WHY DO I HAVE TO EAT THEM”? The parent can respond with “BECAUSE I SAID SO THAT’S WHY”! However, an adult can’t say this to another adult. They instead say, “I’M RIGHT BECAUSE MY WAY IS SAFER”, or “WHAT YOU’RE DOING IS DANGEROUS”!
2. Safety can be used as a puppet string. Police and CPS are required to respond to any tip, complaint, whim, or nervous feeling that any busybody may have. The busybody can also use it to feel superior. (See safety use #3.)
3. Safety is used to bully. This overlaps with the ‘puppet string.’ One person can use it to harass another. The workforce is another place where safety is a tool that can be used to bully. Everybody is given carte blanche to ‘snitch’ on anybody. Reporting another for engaging in a dangerous act is what this ‘carte blanche’ is meant for. However, this is often abused. The ‘dangerous’ act can be exaggerated, taken out of context, or completely made up.
4. Safety is used to sell. Remember the days when the type of toothpaste or dandruff shampoo you used determined whether or not you got a date? The word ‘safety’ is another attractive quality attached to many products.
5. Safety is used for funding. This runs parallel to ‘Safety Sells’. A new study by the University of Iowa found that younger kids have a harder time gauging exactly when it’s safe to cross the street. It’s true that the peripheral vision and ability to determine speed, distance, and time are more developed in the later years. However, this would make a boring title of a study. It’s more of an attention grabber to say that it’s NOT SAFE to….
6. Safety is used to make things safer. However, this is way down the list.
The moral of the story: safety is used for many more things other than to make things safer.

So true. Safety is like salt — you can sprinkle it on almost anything and people like it more. Try to notice when and how “safety” is cited in your everyday life. I’d love to hear examples of when it is abused or exaggerated, and what the effect is on us. – L. 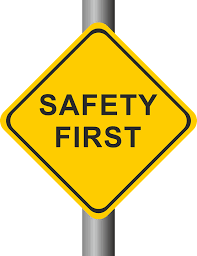 “Really, American Cancer Society? For My 14-Year-Old to Walk for Cancer she Needs an Adult Chaperone?”
Why I’m Crying…Happily

59 Responses to Using “That’s Not Safe!” to Control Others