Readers dzekeeyahn
— This is the continuing story of the 6-year-old detained by the cops for walking outside. It is disturbing and distressing. The family needs pro bono legal help. If any of you are lawyers or know someone who can help, please let me know and I will forward the info to the family. Remember: I am posting this story NOT because it is common and we should all worry about being hounded by CPS if we let our kids go outside. I am posting it in utter outrage at the idea that a child on her own could be considered neglected or in danger when she is so obviously, clearly, and indisputably neither. – L

.
Dear Free-Range Kids: A few days ago CPS served my wife and me with a complaint alleging that we are neglectful.Â Â They want to take custody.Â Â Here is the chain of events that has led to this:

Day 1: Â Six-year-old “Emily” walks three blocks by herself to the post office for the second time. Â This is after having made the trip with her many times in past through our quiet, residential neighborhood.Â Â All the streets have sidewalks, and the walk requires crossing one â€˜Tâ€™ intersection that has a stop sign and crossing at a traffic light.

Day 2: Â “Emily” and I are both walking back from the library. Â She wants to do it herself, so I let her walk separate fromÂ me some of the time. Â The cops get a phone call from a concerned citizen who says there’s a strange guy talking to a little girl. Â Three officers respond and cite a concern for Emilyâ€™s safety in crossing the street. Â I confirm that I am her father and give my name, as is required by law. Â They refuse to state any reasonable suspicion of a crime being committed or say what law has been broken, and so, in accordance with my 5th amendment rights, I refuse to answer any questions. Â We are detained for over half an hour before being released. Â (I asked many times over the course of the detention whether I was “free to go” and I was told that I was not. We were told that we were being held for an â€œinvestigative detention.â€)Â Â The sergeant who responded to the scene stated over the radio that he wanted to â€œhook this guyâ€ for child endangerment. (The recording of radio traffic during the encounter was later received through a public records request that I made.)

Day 6: Â I call the sergeant who reported on Day 2 to ask if we were still under investigation.Â Â He responded that we were not and that an â€œincident supplementâ€ had been filed by the reporting officer and â€œthat was all.â€Â Â He confirms in that there is no law prohibiting a school-age child from crossing residential streets.Â Â That afternoon we let Emily walk to the post office to mail a letter. Â (That’s the story that was shared before on this blog.) Â The same officers who responded on Day 2 remove Emily from the post office and detain her. Â Contrary to the complaint that is filed later, they do not contact me — I go looking for her when she doesnâ€™t come right back home — and they refuse many times to release her. Â According to the complaint, Emily, who has known her phone number and address for quite some time, refuses to give them to the officers, but the officers know who she is, who I am, and where we live.

Day 7: Â A social worker with CPS leaves a letter at my door addressed to a different person than anyone in my family. Â I mail it back.

Day 12: Â CPS leaves a letter addressed to my wife and I that cites unspecified concerns about the children.

Day 13: Â I call CPS twice and leave a message. Â The phone call is not returned for two days.

Day 14:Â Â We give Emily the Free Range Kid ID card to function as a sort of “permission slip” so that she can demonstrate to other people that she has not merely escapedÂ unnoticed. Â Then we let Emily go to the post office again. Â When she is just around the corner from the house on her way home, she is stopped by a city utility worker and a school bus driver (though she is not enrolled in public school). Â She calls me on the cell phone since the bus driver is preventing her from leaving, so I go get her. Â That night two officers knock on the door, but we do not answer.

Day 15: Â I talk with the supervisor at CPS on a recorded phone call. Â I refuse to answer any questions or make any statements. Â Though he did relay that he was concerned about a child “roaming the streets of [Our City, OH],” he refuses to tell me what law has been broken. Â We go around and around for about 25 minutes. Â I find out through my employer shortly after the phone call that if I do not “cooperate” CPS is threatening to seek anÂ ex parte*Â order, which would allow CPS to take custody without a hearing,Â to separate us that Friday (and then keep Emily all weekend since a hearing would not have to be held until close of business on Monday).Â  Note that I have cooperated to the full extent required by law. Â The Home School Legal Defense Assn. is very helpful in getting CPS to agree not to seek anÂ ex parteÂ order so long as Emily does not go outside again by herself.

Since then CPS has knocked on the door many times. Â I did answer the door when the CPS supervisor came by–I thought that he was a delivery guy or what not since he didn’t have a uniformed police officer with him–but otherwise we have simply ignored them. Â There is no law requiring someone to answer their door, and since I had no interest in talking to them or getting detained by the cops simply ignoring them seemed the best course of action.

Day 41:Â Â We are served with a complaint alleging neglect and dependency.Â Â The County wants to take Emily into â€œprotective supervisionâ€ or â€œtemporary custody.â€Â Â The complaint contains many factual errors and inaccuracies.

There is also a motion for â€œpre-dispositional interim orders.â€Â Â As I understand it, this is a mechanism by which CPS can intervene even before the merits of the case against us for neglect are even heard, but less decided.Â Â It is scheduled to take placeÂ more than a month before the hearing on the neglect charge.Â Â It asksÂ the court to force my wife and I to â€œallow ______ County Children Services to complete an assessment with the family.Â Â This is including allowing the agency access in the home, allowing the agency to interview the children, and participate openly in the assessment process.â€Â Â In other words, they want to search our house, interrogate the children, and force us to testify.

We are trying our best to raise Emily to be responsible, curious, and capable.Â Â We have chosen to include teaching her about using the library, navigating the neighborhood, and mailing letters as elements of her homeschooling.Â Â Needless to say, this entire ordeal has been quite distressing for the entire family, and we view it as a threat to our homeschooling her, our parental rights, and both my and Emilyâ€™s civil liberties.Â Â Since our family is being threatened by legal action, I have tried to confine my comments to a dispassionate statement of known facts.

*When at least one party to a legal action isn’t represented, the result is an ex parte order.Â In this context, CPS would have asked a judge to issue an order to get custody of Emily without allowing any rebuttal to their accusations of neglect.Â  In other words, they considered it so dangerous for Emily to continue to live with us that they didn’t think there was any time to wait for an emergency hearing in which everyone would be represented.

P.S. To write directly to the dad in this post, drop a note to:Â ohiosidewalkkid@gmail.com 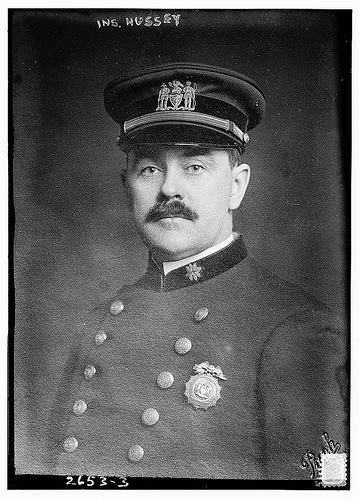 406 Responses to 6-y.o. Who Walked Alone to Post Office May be Removed from Her Home