A ahahdafzhb
similar sane pregnancy piece appeared here recently, but I just got this letter this morning and the message bears reiterating: micromanagement and martyrdom are not necessary to create perfect fetuses. Or children. – L.

Dear Free-Range Kids: I just wanted to share my story for your readers of how I am going Free-Range before I’m actually a parent.

After many years, miscarriages, and rounds of IVF, we have finally confirmed that we are pregnant again.  Through the process, I had joined several trying to conceive and pregnancy forums to seek support, comfort and camaraderie. While I received all of this in the Trying to Conceive forums, what I found in the pregnancy forums was wrought with an anxiety so pervasive that it boarded on the ridiculous.  Can I eat cheese?  Is non-alcoholic wine ok?  Which deli meat has listeria? Are brown shoes safe for pregnancy?  (Actual Questions from the What to Expect Forum).

I have a different approach.  A certain live-life-as-I-always-had-approach.  And when I shared my approach with other forum members and other women, the passive aggressive message I received was clear.  Women who avoid a bunch of foods, activities, and environments based on largely unsupported science, bad studies, and modern day myth love their babies and all us coffee drinking, occasional wine consuming, bologna or sushi eating risk takers don’t.

It doesn’t matter that those risks are infinitesimally small, *any* risk is just too risky because they are  – as these women believed – unnecessary risks.  “Anyone who can’t live without caffeine for 9 short months doesn’t deserve to have a baby.” was actually said by a forum member.  Apparently, this person has never had a steaming cup of addiction satisfying bliss every morning for the last decade and a half….my preciousssssss.

I suppose that having had spent so much time, energy and what feels like truckloads of money to get a baby would make me be extra cautious….but it doesn’t. I learned early on in the entire process of trying to conceive that sequence of events had to happen in perfect succession in order for there to be a viable pregnancy and 90% of these outcomes are genetic. Translation: I have virtually no control over it. If I miscarry, it won’t be because I ate some sushi, or drank some coffee, went for a jog or cleaned the cat’s litter.

So my Free-Range big step is to refuse to read all the books about pregnancy and to ignore all the “advice” unless it’s substantiated by compelling evidence. I will stay off the mommy forums and avoid the cacophony of worried voices that make it impossible to stay sane. I will refuse to forget that women have babies all over the world without these restrictions, and the women of the 1940s gave birth to the largest generation of Americans while drinking and smoking and eating deli meat. In Norway they eat a diet largely of fish and don’t worry about mercury. And I will remember that life is risky, and to avoid life is to avoid living.

Lenore here: This reminds me of one of the most helpful lines I ever read, which came as a comment here, some years ago: 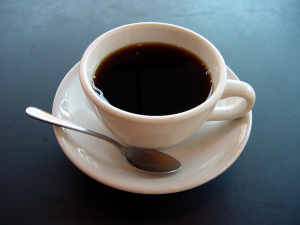 Martyrdom is not required for most pregnancies!

The Human Planet…is Filled with Free-Range Kids
A Girl Walking Down the Street — and the Cops. Twice.