Lives idttikstdf
there a parent who hasn’t, at some point, lost track of his or her kid? That’s just the way life is — imperfect!

Until the authorities deem it a crime.

In this case, CPS gets it TOTALLY RIGHT…but not the prosecutor. So don’t read this letter if you were hoping to have a good day. Do read it if you think you have any idea how to help or crusade for change. Speaking of which, the National Association of Parents is trying to create a fund to help parents dealing with crazy CPS issues. Here’s the link. – L (who has, at the letter writer’s request, changed the names of the kids)

Dear Free-Range Kids: I am heartbroken and desperate over my son’s long struggle with his false child abuse charges.
It all started in December, 2013.  It was an unseasonably warm day, and my son, his wife, and kids were having a family day.  They had been cooking, and the apartment became very hot.  My son had taken all sorts of precautions to protect his precocious 18 month old Annie, such as putting safety latches on cabinets, doorknob covers on doorknobs, and a high security latch on the main apartment door.  Because of the heat, he had a window cracked open to cool the place down.
My son has four other children, who were 9, 7, and 3.5 at the time.  The 3.5 year old boy was napping, and woke up screaming, in an inconsolable fit.  My son and his wife were very preoccupied with calming him down, figuring he had a bad dream.  Once they got him settled, they became aware that Annie was not in the room.  They looked in the usual hiding places, for she was often apt to strike off on her own, or follow her brothers to play, etc.  They could not find her anywhere.
They expanded their frantic search to outside the apartment, knocking on neighbors’ doors, searching the playground, etc.  After 15 minutes of frantic searching, my son called the police and reported her missing.  After he hung up, they called him back and told him to come pick her up.  TOTAL STRANGERS from out of town had found her on Main Street, but that was, in reality, only THIRTY YARDS from the apartment door, so it would take he no time to get there.  She had been very happy and giggling about her apparent adventure.
When he arrived at the police station, he was charged with child abuse.  He was totally confused by this, for he had never been abusive.  His nine year old son had to answer questions about the siblings’ ages, etc because Frank was totally numb and could not think straight.  (The police said if his wife had shown up instead, SHE would have been the one charged.  That is how arbitrary this was!)  Thus began his long nightmare.
The DA tried to force him to plead guilty.  That would have meant a permanent abuse charge and prison time.  He can afford neither because he is a professional photographer who shoots weddings, graduations, and many children’s events.  The CPS came to the apartment, did their review, and found Frank and his wife to be beyond suspicion of abuse.  In fact, they noted he had taken every precaution possible.  The DA refused to even consider their findings.
I advised my son to insist upon an attorney being appointed for him, and to insist on a jury trial.  No jury in its right mind would put a hardworking father in prison for having a precocious toddler bent on adventure.  He followed my advice, but nine days before the trial date, the DA finally relented and offered a reduced charge of “reckless endangerment.” I would never have agreed to such a thing myself, but Frank was feeling guilty for not watching Annie like a hawk every second, so he relented, per his appointed attorney’s advice.
The probation was to be six months, and he was to attend an online parenting class.  If there were no more “incidents,” his record would be clean after six months.  He thought this was a good deal, but I was on the edge of my seat for the last five months, counting the days.
Sunday he called me and told me that there was a warrant out for his arrest, and that the deal was off, he was back to the full “child abuse” charge with NO OPTION FOR A JURY TRIAL!  He was told he would go directly to sentencing, and the child abuse record would now be permanent.  His “crime” was to not show for a court appointment he never even knew was scheduled!  He received no notification, had gotten no notice from his appointed attorney, had no clue whatsoever of being in violation of probation.  He had attended the class, and was awaiting certification to show at the end of his probation in April.
I am so angry with the system.  My grandchildren are at risk of being lost.  My daughter-in-law has been totally devastated by this ordeal, and if he is found guilty, no doubt the state would take them because they have destroyed both parents.
My son is devastated, but is also determined to sue if he survives this.  As for me, it is hard for me to watch from my home several states away.  Maybe it is good I am not there, because I am fighting mad myself, and I certainly would not be a calming force.  Please help…somehow…before I lose my grandkids, and a good man his livelihood and his good reputation.  They might already damaged his business beyond repair.
.

Lenore here: I am sharing this story not to scare parents, but only because I believe that as we grow aware of how corrupt or crazed authorities can ruin a family, our voices will crescendo, demanding change. This is our creed: Parents do not have to be perfect. The government cannot demand it. The state should only intervene when children are in obvious and indisputable danger.  If you’d like to contact this writer of this letter, her email is: canyonhomestead@gmail.com . 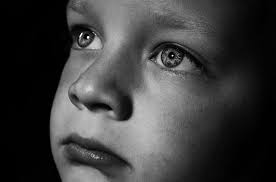 Say bye-bye to your family, sweetheart. Daddy couldn’t find you for a few minutes, which means he is an abusive parent!

How Come CPS Gets to Decide If Kids Can Walk Outside?
NYC Elementary School* To Kids: No More Homework — Go Play!