Oh, it wasn’t called that. Nonetheless, the proposed law would have ended “neglect” investigations of parents who simply let their children play outside, walk to school, wait in the car for under 15 minutes in temperate conditions, or come home as a latchkey kid. If the parents were otherwise neglectful or abusive, of course, the state was allowed to probe. But if the parents simply trusted their kids with a little independence, the worry that they could face charges would be lifted.

The bill was drafted by me, Adrian Moore at the Reason Foundation, and Dan Greenberg, president of the Advance Arkansas Institute, along with help from some other pro bono lawyers. Arkansas State Sen. Alan Clark sponsored it and darned if it didn’t sail through the Senate.

When it was then introduced to the House Judiciary Committee, Sen. Clark said in his opening statement that many Americans are “under the impression that a record number of children are being taken, and that’s not true.” He added that he himself was surprised. But given that kids today are not in excess danger, “This is a bill to make sure my parents would not be criminals.” In other words, any parent today simply doing what THEIR parents did — sending the kids out to run around the neighborhood — would not be treated as negligent. “This is a parents’ rights bill,” said Clark.

But as Caleb Taylor in The Arkansas Project, writes:

Are Arkansas parents smart enough to know when itâ€™s safe to leave their kids unattended?

Apparently, many legislators donâ€™t think so.

Members of the House Judiciary Committee voted down legislation introduced by State Sen. Alan Clark to tweak the legal definitions of child neglect and maltreatment in Arkansas.

What happened? Well, if you’d like to watch for yourself, click here for a Â video of the proceedings:Â http://www.arkansashouse.org/ video-library. Go toÂ March 28 and click on the JudiciaryÂ 10 a.m.Â hearing and scroll to 11:05 a.m. You can watch Sen. Clark explaining that the bill “just allows kids to be kids and parent to be parents.”

But then you can hear HouseÂ Speaker Jeremy Gillam tell Clark thatÂ according to the “latest statistics” it takes just 37 seconds to carjack a vehicle with a child side.

Which could well be true. But simply because something CAN happen does not mean that it is remotely LIKELY to. And as Sen.Â Clark proceeded to point out: If kids can be kidnapped in 37 seconds from a car, the same must hold true if they are allowed to ride their bikes, or walk home from the park on their own.

And Gillam agreed that that’s so: No child is ever safe unsupervised.

If you make the assumption that any imaginable tragedy is sufficient reason to never allow kids to be left unattended by parents, public schools should close tomorrow. Itâ€™s possible to imagine that kids could be sexually abused or beaten by a school employee. Does that mean parents who send their kids to school everyday are bad parents? Obviously not.

But logic did not carry the day. Nor did a list that was read aloud of parents who had indeed been investigated and/or arrested for letting their kids play in the backyard unsupervised, or walk home from the park. Even the story of a 6-months’ pregnant mom jailed overnight for letting her children wait five minutes in the air-conditioned car did not seem to move everyone.

The final nail in the bill’s coffin may have been a presentation by the prosecutor coordinatorâ€™s office, Lori Kumpuris. TAP reports:

Kumpuris noted that her association was neutral towards the bill, and then proceeded to criticize the bill â€” stating, in particular, that she was concerned about the billâ€™s impact on prosecutorial discretion. It is hard to interpret such a statement as anything other than suggesting that there are some prosecutors who really do want to hold criminal penalties over the heads of parents who do nothing more sinister than allow their children to take neighborhood walks.

Why would a state want to make it easier to arrest parents who trust their kids, their neighborhoods, and their own sense of what is safe enough?

Because to some lawmakers — and prosecutors — NOTHING is safe enough. After all, not only are they infected by the fear of our times — that children are in constant danger — they have another fear hanging over their heads: What if an investigation is closed and later on a child is hurt? Won’t that hurt their own political career?

And so Arkansas voted to preserve the right of its authorities to barge in on families who simply want their kids to have a tiny taste of the independence most of us remember from our own childhoods.Â Why give kids freedom — why give parents freedom — when you can take it away so easily and say you’re championing safety in the process?

So here’s what should happen next time (and there WILL be a next time, in Arkansas and beyond): Real parents should flood theÂ chambers to say, Â “I want my kid to be able to walk five blocks to his friend’s house without me worrying I’ll get arrested!” “If I drag my triplets out of the car and across the busy parking lot to get a gallon of milk, I’ll be putting them in more danger than if I dash in and out!” “Do you really think it’ll make my daughter safer if you throw me in jail for letting her come home and do her homework for an hour before I finish my shift at the plant?” “Why are you criminalizing normal parents who trust their kids, their neighborhoods and the actual crime stats?”

Sen. Clark is right: This is a civil rights issue. Â And in the end, Americans will insist on the right to raise their kids as they see fit, and on kids’ right to be part of the world.

I am pasting a copy of the Arkansas bill here. Feel free to edit it for your own town, city or state and then — get it passed! – L 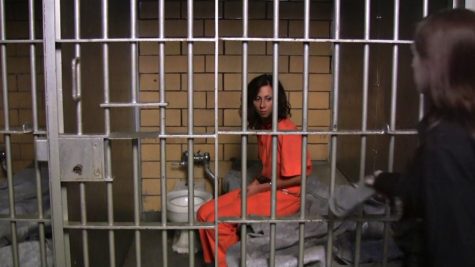 Do we really want to keep criminalizing parents who let their kids play outside unsupervised, come home by latchkey, or wait briefly in the car?Â

UPDATE! EVEN THE PARENTS SAY THIS WAS NOT AN ATTEMPTED KIDNAPPING! Is This Really “Disturbing Footage of an Attempted Kidnapping at Dunkin’ Donuts”?
How to Escape a Zip-Tie, A “Must See” for All Kids???

36 Responses to FIRST STATE IN THE NATION VOTES ON FREE-RANGE BILL OF RIGHTS! Would Decriminalize Parents Who Let Their Kids Play Outside or Wait Briefly in Car