Okay, quick facts, since we are all familiar with scenarios like this already. According to reporter Glen naerbayedz
Luke Flannagan in The State, a newspaper in South Carolina:

The sheriffâ€™s department declined to specify what danger the children were in during the Friday incident when asked by The State on Tuesday.

Um…maybe because they were not IN any real world danger?

But when the Lexington County Sheriffâ€™s Department charged Maria Rivas-Velazques, 34, with two counts of unlawful conduct toward a child, the deputy cited the heat index â€“ 91 degrees at the time of the incident â€“ in the arrest warrants. The warrants say that placed the children â€œin a reasonable risk of harmâ€ that could affect their health and safety.

Rivas-Velazquez told the deputy that her two children, a 5-year-old girl and 23-month-old boy, were in the air conditioned truck for three to five minutes while she went into Loweâ€™s on Augusta Road near West Columbia. Thatâ€™s according to the sheriffâ€™s department incident report.

Let’s insist that when cops say that a child is in harm’s way they PROVE it. Because there is ZERO PROOF that a child in an air-conditioned car for a few minutes is at risk of anything other than boredom. If kids or the rest of us died after a few minutes in an un-moving, air-conditioned car, we’d all be dead the first time we came to a railroad crossing and a freight train was passing.

I know some people will say, “The girl could have put the car into gear!” While this is unlikely (and perhaps impossible, depending on the vehicle), let’s just say we all agreed that, for some reason, this WAS a bad decision on the mom’s part.

The mom was thrown in JAIL for a night.

She is six months pregnant.

Though it is certainly doubtful she will receive the maximum sentence, if some judge decided to, she could go to prison for 10 years.Â

She is being treated like Public Enemy #1 for running an errand that was somewhere between 3 and — at the very, very most — 15 minutes.

In a follow up article about the South Carolina case,Â Newberry County Sheriff Lee Foster said that:

…his deputies might issue a warning or press a criminal charge depending on specific circumstances. Catching a parent stepping out of a vehicle, on the verge of leaving a kid, is one thing â€“ but if someone has abandoned a child, even for a short time, thatâ€™s another matter.

Does it really appear to anyone that the mom ABANDONED her kids? Â The dictionary says to abandon is “to forsake utterly; desert.”

â€œIf we have to go into the store to find them, or have to extract the child, they have to answer for that,â€ Foster said.

Extract? Such drama! These were kids in car whose mom came right back, not kids who were thrown down a well. Â
So let’s think about the big picture.

Thursday night I interviewed Rebecca Traister about her bestseller, “All the Single Ladies: Unmarried Women and the Rise of an Independent Nation.” It was an event at Hunter College. One of the points I found most fascinating in her book was that once the Industrial Revolution started making housekeeping just a smidgen easier for women, suddenly advice manuals started popping up to make it harder again. Writes Traister:

Everyday tasks were made more time-consuming and taxing, so as to better fill the days of women who might otherwise grow restive and attempt to leave the house. As Godey’s Lady’s Book helpfully informed readers, “There is more to be learned about pouring out tea and coffee than most young ladies are willing to believe.”

And now apparently there’s more to be learned about running a quick errand.

In an earlier era — the one most of us grew up in — moms were allowed to let their kids wait in the car a few minutes. But now, for reasons that seem suspiciously unfounded (considering thatÂ more children die in parking lots than they do in parked cars, and about 10 times more die in car accidents, yet we don’t arrest parents for driving their kids or for taking them across the parking lot), suddenly no mom can let her kid wait in the car. A quick chore has become a time-suck.

This obsession with taking kids out of the car on every single errand is not officially “anti-women.” It just happens to allow the cops to arrest moms (and sometimes, yes, dads) for making a rational decision that allows them to get more done.

We are criminalizing convenience.

The lengths we’ll go to turn normal, decent parents into monsters is quite stunning. But, as I learned from Traister’s book, also not at all new. – L. 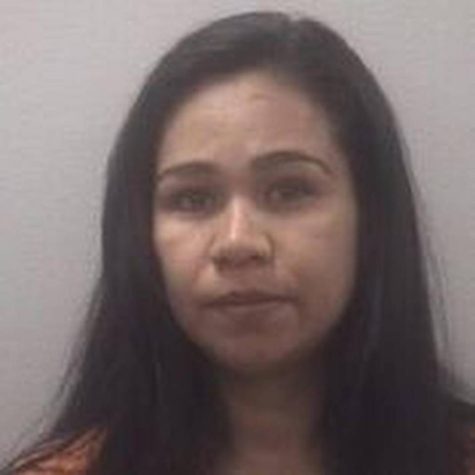 Six months’ pregnant Maria Rivas-Velazques was thrown in jail for letting her kids wait in an air conditioned car a few minutes. That certainly made the whole family a lot safer!Â