Great letter in Wicked ydkzkseyfr
Local CambridgeÂ (as in outside of Boston) begins:

Yesterday was a beautiful day, I think you will agree. I decided to take a short walk from my house on Hamilton Street to Dana Park, which I have been coming to almost daily since 1989, the year my son was born. As I often do, I brought my camera, sat on a bench for about 10 minutes, did one lap around the park and headed home.

I had barely gotten across the street when three police cars pulled up: I was told to stop, and swiftly surrounded by six policemen. I was â€œdetainedâ€ there for approximately 20 minutes and questioned; another officer returned to the park to find out why you had called them.

My suspected crime, apparently, was having a camera in a public park, and allegedly taking pictures of children. As it turned out, I had taken no pictures that day. But I have been photographing in this neighborhood for 30 years, and have published a childrenâ€™s book of poems and photographs, always with permission.

The policeman returned and wanted to see my â€œflip phone,â€ and then asked me if I knew how he knew I had a flip phone: I didnâ€™t. He knew, he told me, because the woman who called the police had taken a picture of ME, sitting on the bench, and shown him the picture. They then took away my phone, scrolled through the few pictures that were on it.

They continued to hover around me asking questions. As it happened, I was standing near the house where my son now lives, and when my wife appeared, walking down the street after work, and saw me standing in front of his house with six policemen, she instantly feared something terrible had happened to our son. She was shaking, and I explained the situation.

Even after it all got sorted out, I’d be shaking, too. What if the guy DID have pictures of kids on his phone? Would that make him a menace? A pornographer? An object suitable for stoning?

Right now I’m in London, where I willÂ finally get to meet Josie Appleton, founder of the Manifesto Club. HerÂ organization fights, among other outrages, Britain’s obsession with the “danger” of photographing other people’s children. This obsession is so over the top that some schools will not allow parents to take pictures of their own kids in the school play or on sports day, because OTHER children will be in the background. As Appleton wrote in The Guardian:

The spread of photo bans is not really a response to child abusers stalking school sports days. Instead, it reflects the contamination of everyday adult-child relations â€“ and the new assumption, as the children’s author Philip Pullman put it, that “the default position of one human being to another is predatory rather than kindness”. Any adult looking through the viewfinder at a child is viewed as potentially sinister and in need of regulation.

I think we all agree it’s good to protect children from danger. But not from a danger that does not exist. – L 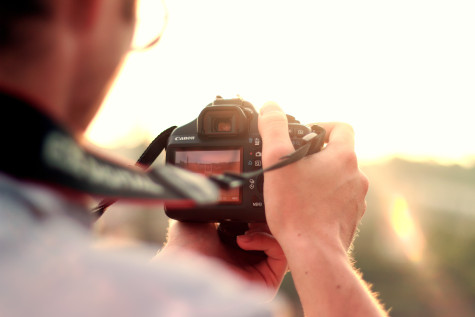 OMG! Why does the government still allow men to have cameras?!

116 Responses to “I Am The Creepy Guy at the Park”