My buddyÂ Michelle Icard, author of Middle School Makeover, read the recent blog post here about Â the app that lets you watch your kid’s every move on a smartphone, and sent me this article of hers that just ran in the Washington Post. She’s talking about a social media panel she was on:

When we hover over our kidsâ€™ social interactions, on high alert to catch each mistake and steer them back on course, we squelch their internal barometer for embarrassment and guilt.

Had my mom listened to all my conversations and called my behavior out into the light, I might not have learned to read my moral compass. Instead, I imagine I would have gotten angry at her because itâ€™s easier to feel angry than embarrassed. I would have focused my emotions on the betrayal and the injustice of having been exposed, rather than wallowing in â€“ and learning from â€“ my own guilt.

The other panelist disagreed., â€œI would want to know if my kids were misbehaving.â€

To which I thought, â€œReally?â€Â Why do we want to know everything our kids are thinking or saying or doing?

I don’t think we actually DO want to know all that. I think we feel we SHOULD know it, lest we overlook some dire warning sign. The real idea today seems to be that if you CAN know all but choose NOT to and “something bad happens,” you will wallow forever in regret.

Regret is pretty much the worst emotion there is, combining as it does sorrow and self-recrimination along with an inability to change a damn thing. Regret is the Band-Aid being perpetually torn off.

But there’s an alternative to spying on your kids (even with their permission). It’s called talking and hoping. Talk to your kids, so you have a little sense of what’s going on in their lives. And then hope.

Hope may sound dumb, but it’s not dumber than despair, which is sort of negative hope squared, succumbing to the idea that your kid is one text away from tragedy.

We have never been able to know everything that is going on, internally or externally, in their lives. They are grateful for this and, without knowing it, so are we. It gives both generations room to breathe. And grow. And hope. -Â L. 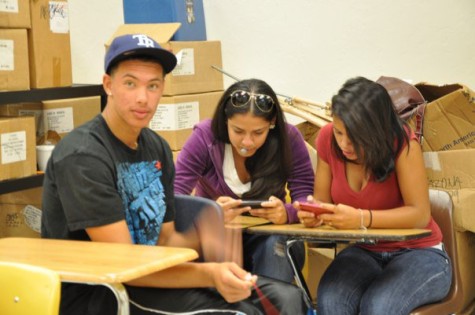 Hey…my mom just told me to tell your mom that we are having an inappropriate conversation.