From syrfhyzaki
my mailbox, a piece I love.

He was odd by my WASP-y Virginia suburb standards: a scrawny middle aged man with a thick Italian accent, long jet-black dyed hair, flowery shirts with three buttons undone in front, revealing gold chains and a cross with a small Jesus on it.

He was my barber.

He had an odd way of getting right up into my ears while cutting my hair. He would snip slowly, pausing to inspect my sideburns. The pauses would go on forever it seemed, I had no idea what they could be about. Â In the background the latest disco hits played from a small, rusty radio that sat on his counter. Iâ€™d feel his exhales upon my ears, hear his labored breathing and smell his powerful cologne.

Then heâ€™d make another snip.

The shop had three barbers, each with a cushy client chair facing a large mirror with a hodge-podge of items taped around its periphery. On the left side of his mirror were postcards of Italian seaside villas and tourist spots in Rome; the right side had faded photos of boys with fresh haircuts, some of whom looked like models, others like clients.

Iâ€™d go there by bike after school. When Iâ€™d enter the store heâ€™d glance at me and say: â€œYou wait for me. I taking care of you.â€ And I would wait. Heâ€™s weird, I remember saying to myself, but it doesnâ€™t matter. I knew my parents felt my haircuts looked good and the price was fair. Moreover, I had the distinct impression that getting a cut from one of the other two barbers would hurt his feelings.

When the haircut was finished he paid great attention to ridding me of any stray pieces of cut hair that had clung to my clothes. He was particularly concerned with my crotch area, which heâ€™d first clear with a small brush, then take a closer look. Heâ€™d sigh, say â€œIs sticking to your clothes,â€ then with his bare hands brush and squeeze my jeans in the crotch area for a good minute or so, finally pulling every last hair off my pants with his long finger nails.

What the other barbers, or the other customers, were doing while this went on I donâ€™t recall. But nobody said a word.

When I was nearly 16, I decided I would no longer use this man as my barber. This ritual was just too odd, something wasnâ€™t right. I was increasingly aware of the other customers, mainly grown men but sometimes schoolmates, and was embarrassed at the thought of them watching this.

I was aware of another barber shop within biking distance. Iâ€™d never been inside and the thought of doing so made me queasy. Not only was it intimidatingly unknown, but I was concerned that it would cost more. My parents would give me seven dollars for haircuts (which included a one dollar for a tip) and I imagined the embarrassment of going in, finding out I couldnâ€™t afford it, and having to leave. If I asked my parents for more money theyâ€™d want to know what was wrong with the original barber shop — and that was a discussion I just wasnâ€™t going to have. Â

So I decided to stick with my barber shop but to only use the other barbers. To pull that off Iâ€™d start by locking up my bike around the corner instead of in front of the shop. Then Iâ€™d slowly approach the window from a side angle and stealthily peer in to see if he was there. If he was off that day, and he frequently was, Iâ€™d enter the shop and get a haircut from another barber without incident.

One time I entered the shop, sat in a waiting chair, and was mortified to see him come out of the back room. â€œI taking care of you,â€ he said. I sheepishly obliged. The usual ritual ensued.

I was a particularly naive child and young adult in a much more naive era than the present. Not until I was in my early twenties did I fully form and accept two obvious facts — that the man was gay and I had been groped.

Yet I did nothing. In fact, it never occurred to me that I should do anything aside from avoiding that barbershop where he still worked (on a visit to my parents I glanced inside to be sure). I thought the man was a pervert and that what he did was pathetic. But somehow it also seemed kind of funny — the lengths to which this man went to cop a feel.

There is a danger in retelling this story, or highlighting any story from oneâ€™s past, of imparting too much gravitas to it, of imparting it undo significance by singling it out of the myriad of situations, personalities and places that were my high school life. During those times I was the barberâ€™s chair I felt uncomfortable, confused, but not distraught. At no time did I feel danger. Outside of haircut days I barely gave it a thought.

When, in my early twenties, I recognized what had really transpired I did not feel angry. I felt a dim sense of violation, though this gradually passed. Mostly I felt bemused by his antics and bewildered by the question of whether I was the only one. If not, I wondered, had anyone ever spoken up or made a scene? If so, what had they said, and to whom? How did the other barbers and customers react?

From then until now, I surmised the barber was creepy but harmless. And like so many odd characters Iâ€™d met from my teens, through college and into to young adulthood, he simply passed into memory.

As the decades wore on sexual assaults against children moved from something I hardly ever heard discussed to the front pages of newspapers. A frightened public demanded action and action they got — from national sex offender registries to state and local laws requiring any adults interacting with children (in some cases even volunteering to gives kids on teams rides to games) to have background checks and training. On college campuses the situation was no better: sexual assault was declared by some to be occurring at alarming, increasing and â€œepidemicâ€ proportions. A â€œrape cultureâ€ some called it. Â

This hit home last week, when I read that one out of every four college women reports being the victim of sexual assault. A horrible statistic. But I was stunned to read that this number included unwanted kisses (really?) and groping.

Hey, thatâ€™s me. I am the victim of sexual assault. Wow.

Iâ€™ve spent a week pondering that.

Try as I may, I cannot summon outrage at the pathetic man who assaulted me. Nor can I conclude that I am any worse for the wear. Try as I may, I cannot make myself wish that Iâ€™d grown up in todayâ€™s more enlightened era — that Iâ€™d known to report it the first time, and that this report would have been taken seriously and would have been sensational: the barber would be lead off in handcuffs, most likely past satellite trucks feeding breaking news reports while breathless reporters declare barbershops to be treacherous places infested with child predators, and where no child should be left alone.

That punishment exceeds the crime.

What happened, happened. He touched me there many times. Yet everything still works. I enjoy a normal life including a healthy-though-unremarkable sex life. Â

He probably got off, in both senses of the phrase. But, frankly, I donâ€™t care.

Donâ€™t get me wrong. Real sexual assault — involving force against the will of the victim, or exposing a child to sexual organs or acts — is a very big deal. And what my barber did was immoral and wrong.

It should not have happened. But it did.

To me, it was of no consequence.

I print this for the same reason Blake wrote it: Not to minimize anyone’s lingering trauma, but to normalize the folks who don’t feel it. Lately, as this blog post atÂ Association for the Treatment of Sexual AbusersÂ points out, the more accepted narrative goes like this:

In September, 2010, a federal judge inÂ Minneapolis sentenced a man to 30 years in prison for takingÂ sexual pictures of two teenage girls (he had also molested one of them and faced separate charges in state court).Â  When asked if he would like to make a statement before sentencing, the offender expressed remorse, apologized, and said that he prayed for the girls;Â which prompted the judge to say:

How does the judge know that? And how dare he suggest it, labeling the young women crippled for life? This “never recover” outlook perhaps explains the 30 years — a sentence comparable to what a person gets for murder.

Humans are resilient. That is not an excuse to hurt them. It is a plea for perspective. – L. 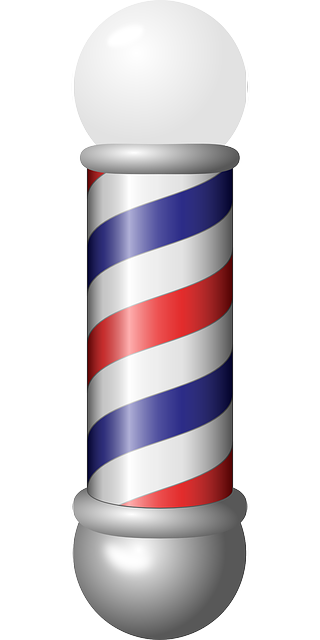 My barber groped me. And I’m fine today.