April 29, 2015
A ntieddkfek
boy of 11 was detained in a Lego store for being “too young” to shop on his own. This note to the store comes to us from his father, Doug Dunlop, who describes himself as an outdoor dad in Calgary, Alberta, Canada. I have edited this down a little, but here’s what he wrote to the store:

Dear Lego,
Today, our son went to the Lego store in Chinook Mall, Calgary, Alberta.Â  He had over $200 and was intending to purchase some Lego with it.Â  He is a frequent customer and a skilled Lego builder. He uses his own money he has earned from such things as babysitting and shoveling walks.
Imagine my surprise when I entered the store and found that the manager had called a security guard to detain my son. He then tried to coerce me into staying with my son while he was in the Lego store.
It is important to note that my son has been to the Lego store on his own several dozen times and has made thousands of dollars’ worth of purchases. Â No Lego store employee has ever questioned his behavior.Â  He does not disrupt business and he is a paying customer.
I spoke to the security guard who told me that the Lego store required a parent to be with any child 12 or under. HeÂ Â stated that it was Lego store policy and that he was just enforcing it.
I then followed the guard to the manager, and asked him why he would call security on my son.Â  He stated that for safety reasons, no child under 12 could be left unattended in the store.Â  I explained that I had not left him unattended — he had arrived at the store on his own, as a customer.Â  I happened to be meeting him there afterward, but only because we wanted to meet for lunch.
I asked what scenario made the Lego store so unsafe that an 11.5 year old needed a chaperon? Â He replied, “If I have to explain THAT to you, then you shouldn’t be a parent.”
The security guard then piped in and started making a claim that child abductions from the mall were a frequent event — which is a lie.Â  I cut him off and asked, “How many child abductions have taken place here in the mall?”
I questioned why the age policy was not posted at the front of the store and the manger responded once again with, “It should be obvious to any good parent that children under 12 shouldn’t be in a store unattended. We have the policy for child safety reasons. Your son is welcome in the store, but we ask that you accompany him whenever he is here.”
We left the store and have no plans to return.
Later, when we asked our son how they had even found out his age, he replied that he had been discussing Lego with one of the store employees when the employee asked, “Just out of curiosity, Â how old are you?”Â  Our son naturally assumed that he simply wanted to know his age and told him.
Lego is a big part of our son’s life, and by extension a big part of ours.Â  It would be very sad for us to have to end our customer relationship with Lego on a permanent basis.

LENORE HERE: The dad went on to list what he would like the store to do, including providing an apology and posting the age policy on the front door.
.
Me, I recognize that just because this one manager and one security guard got it into their heads that an 11 year old is the equivalent of a toddler, that does not mean that all malls, or Lego stores, or Lego store managers, are this uptight. And the fact that the boy shopped there many other times unbothered by the staff indicates that this time was an anomaly.
.
But of course the big point is to make sure that kids — like the elderly, the disabled, and everyone of every stripe and color — are always allowed to be part of society without being discriminated against on the false pretense of “safety.”
.
Doug, the dad, says that he has just spoken with the district manager, “and the summary is that they will put up a sign saying no unaccompanied children under 12. The safety scenario he suggested was that if the mall was evacuated and my child couldnâ€™t contact me it would be dangerous.”
.
Talk about classic worst-first thinking — dreaming up the very worst case scenario first and proceeding as if it’s likely to happen. It’s like saying, “Well, of course I’d LIKE to allow kids to play at the park. But if a tiger got loose from the zoo, it could be attracted to the scent of young meat. So for the children’s safety, we’re forbidding them to play outside.”
.
My advice to Lego: Apologize and give the boy a Bionicle. Quit while you’re behind, but have not yet outraged every kid in America with an allowance. 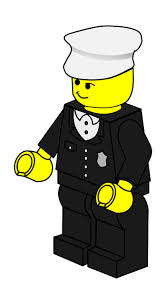 Come out with your non-hands up!

Letting Kids Walk to the Park in Maryland: Legal or Not?
Boy, 4, Takes Off Clothes and Runs Outside. Parents Visited by Cops

195 Responses to Lego Store Detains Boy, 11, for Being Too Young To Shop Alone