A ndsddtibtb
mom who let her 4-year-old son play outside at the playground 120 feet from her home was arrestedÂ . Her neighbors had called 911 when they saw the kid outside. While many people might think four is too young for a boy to be outside on his own, the bigger question is: Is this a criminal offense?

It should not be. The boy was in a gated apartment complex and on a playground. What’s more, if the neighbors were worried, why wouldn’t they just talk to the mom? And if the cops were worried, why didn’t they tell her why this was dangerous (citing actual stats, not just “what ifs”), rather than threatening her with jail time, as they did? How does that solve any problems? The mom, Sonya Hendren, was arrested and charged with child endangerment — a felony. While the charges were later dropped to misdemeanors, Hendren told KTXL in Sacramento:

“We have a CPS (Child Protective Service) case now and every time he’s not in my visual site we’re in violation,” Hendren said.

In other words, the state has decided how best to raise her child and will prosecute the mom if she doesn’t agree.

The neighbor who reported Hendren hoped the mom would just get a warning. But when you play with fire — that is, call 911 — someone can get burned. Or, in this case, scorched:

The maximum sentence that Hendron can face is 6 months in jail with 3 years of probation. She was offered an alternative deal of just 30 days in jail and 1 year of probation but she has rejected the offer.

Gee, just 30 days. That shouldn’t disrupt a family’s life, should it? It’s barely a month! Â I’m sure someone will supervise little Tomahawk while his mom is in the pokey.

But let’s talk (non-Thanskgiving, metaphorical) turkey: Just how dangerous is it for a 4 year old to play outside, period? It totally depends on the neighborhood, the child, and what the child has been taught. A 4-year-old is almost kindergarten age. He can speak the language, he knows where he lives, and he is close to home. This is not to say that nothing bad could ever happen to him. Only that the mom who loves him more than we do Â assessed the risk and decided it made sense for her to let him have some time outside.

As her lawyer noted:

“If this happened 20 years ago, we wouldn’t be here. There wouldn’t be a criminal case filed,” said Hendron’s attorney.

Today, thanks to the ease of dialing 911, the constant exhortations to report unattended kids to the authorities, and selective risk aversion, a call was made. No one calls the cops when a mom drives a kid to the grocery, even though the #1 way kids die is as car passengers. But ever fearful of the much rarer stranger danger, they call when they see a child not directly supervised, even for a short time, by a parent.

Good luck to the mom, and to all of us who don’t want our parenting second-guessed by arrest-happy police. – L. 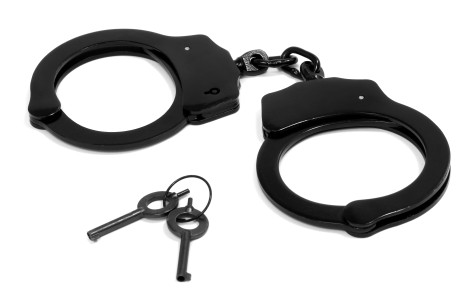 Mom, you are under arrest for letting your 4-year-old play outside in front of your home.

Back to the Future: Was Doc “Grooming” Marty?
Here’s What a 5-Year-Old is Capable Of (More Capable Than Me, For Sure!)