You don’t have to watch all 10 minutes of this video to realize how thoroughly we have forgotten what young children are capable of. (See yesterday’s ysnnkfenza
post, which hinges on the idea that 4 year olds should never be outside near their own homes alone.) Such childhood independence is unusual today, but only because we overestimate danger and underestimate kids, to the point where we barely think of them as humans. We treat them like clueless, adorable, endangered pets.

Meantime, happy Thanksgiving! Be grateful we can change society by bringing injustice, fear and cruelty to light, and agitating for more understanding, kindness and community. – L. 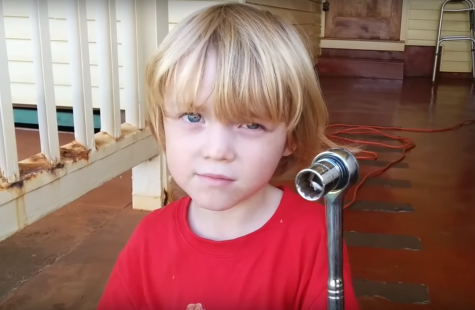 There’s your problem, lady. You hired a grown-up.Â

Mom Rejects Plea Deal of “Just” 30 Days in Jail for Letting 4 y.o. Play 120 Feet From Home
Mom Believes She Must Helicopter if Lowest-Level Sex Offenders Come Off Registry After 20 Years

32 Responses to Here’s What a 5-Year-Old is Capable Of (More Capable Than Me, For Sure!)